“despite not eating more or moving less”

We’ve seen this time and time again: LIGHT IS A DRUG.

Artificial light impacts nearly every biological system, and it doesn’t even take very much to have an appreciable effect (think: checking your smart phone or watching a television show on your iPad in bed at night).  In this study, adding 4 hours to the usual 12 hours of light slammed the autonomic nervous system, disrupting sympathetic input into brown adipose leading to a significant increase in body fat  “despite not eating more or moving less.”

Funny thing, this resulted in a direct effect on heat production via uncoupling (ie, can’t be “out-exercised”), in a system that could be band-aided with cold exposure.  Take a page out of Jack Kruse’s handbook and have a cold bath?  …or just tune out the artificial light & tech devices.

Excess artificial light is a circadian disruptor: same diet & exercise will have a very different impact on someone with circadian misalignment.  IT WON’T WORK UNTIL CIRCADIAN RHYTHMS ARE FIXED.  #Sisyphus. 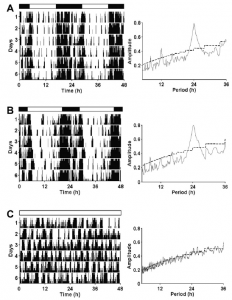 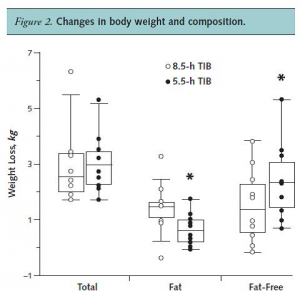 Translation: don’t go into a caloric deficit or try to lose weight until AFTER you’ve done everything possible to improve circadian rhythms —– get plenty of sleep, don’t skip or delay breakfast in the morning, wear blue blockers

at night, sunlight all day (or a bright light device

if necessary).  If these boxes aren’t checked PRIOR TO your weight loss efforts, then more muscle and less fat is lost; so even if you start paying attention to circadian rhythms later in the game, you’re already significantly handicapped.

For the rest of this article, join my Patreon! It’s only five bucks a month and guaranteed to make you 2x happier and 3x smarter ????

It’s ad-free and you can cancel at any time.