They are conditionally essential at best, only if docosahexaenoic acid (DHA) is lacking.  We can’t synthesize omega 3 fatty acids, and indeed they do prevent/cure certain manifestations of “essential fatty acid (EFA) deficiency” (Weise et al., 1958), but DHA can do all that and more.  Not that I recommend this, but a diet completely devoid of 18-carbon vege oil fatty acids will not produce EFA deficiency in the presence of DHA. (“vege,” rhymes with “wedge”) 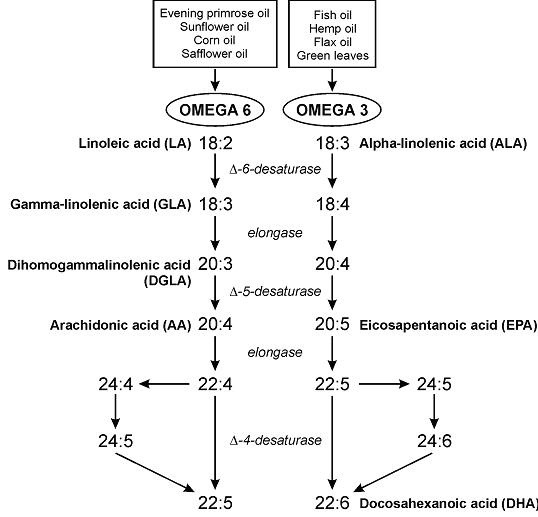 The “parent essential oils” are linoleic acid (LA) and alpha-linolenic acid (ALA).  The others, which I think are more important and the truly “essential” ones are eicosapentaenoic acid (EPA), arachidonic acid (AA), but mostly just DHA.

Technically, we can convert a bit of ALA to DHA, estrogen helps, testosterone doesn’t (women have better conversion rates)… and I’d speculate that the reverse is probably easier (DHA –> ALA). 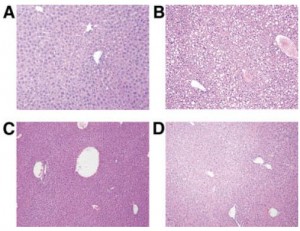 And, similar to exhibit A, steatosis was completely prevented when the diet contained at least 2% DHA (and 0.01% AA): 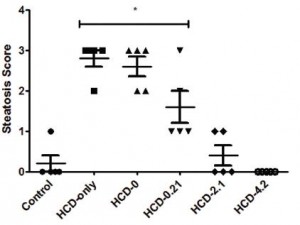 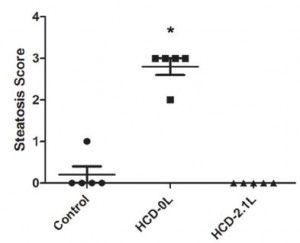 Now we’re getting somewhere.  In the beginning, we thought LA and ALA were essential.  Then we thought EPA, DHA, and AA.  Now it’s just DHA and AA? …the top tier omega 3 and omega 6 fatty acids, respectively.

Exhibit C. AA isn’t even “essential” in a diet with no vege PUFAs, supplemented with EPA and DHA (Ling et al., 2012): 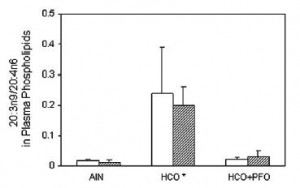 So, the diet needs either DHA and EPA or DHA and AA.

These were synthetic diets, with purified esters of DHA and AA.  Clear biochemical evidence of EFA deficiency, completely abrogated by DHA. 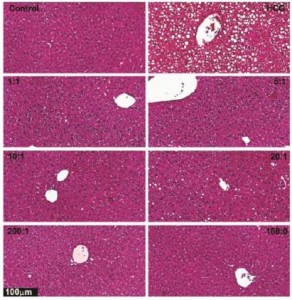 I propose a new meaning for EFA: DHA.

I know LA and ALA do stuff in the body, and it’s virtually impossible to construct a diet with ZERO LA and ALA.  But: 1) providing all of the fat as coconut oil

and purified DHA comes pretty close; and 2) as mentioned above, your body can probably make some ALA/LA from DHA/AA.  And there’s no need to avoid LA and ALA, I’m just saying it’s incorrect, or at least incomplete, to say they are the essential ones, when the long-term consequences of their deficiency pales in comparison to that of DHA.  Don’t get me wrong, dermatitis sucks, but compared to impaired cognitive function and debilitating mood disorders, itchy skin is a walk in the park.  (although evidence suggests it’s not an either/or situation; DHA prevents all of the above whereas LA only prevents dermatitis)

?  I’m pretty sure Sam Legg went nuts and chopped off his fingers in part because of DHA deficiency.

DHA from seafood is likely more effective than that from supps, but supps aren’t worthless.

However, many fish oil pills contain unacceptable levels of potentially adverse peroxidation products.  Out of 63 different products tested, Rupp and colleagues showed that many of ‘em did.  Store in the fridge and discard if stinky.

Lastly, to get the most bang for your buck, it’s not as simple as “wild vs. farmed,” see the Fish Blog to see how DHA & contaminants vary by geography.

As Dr. Kruse has been saying, DHA must be present at the “sn-2” position (that’s basically the middle of a triacylglycerol or phospholipid).  This is how DHA is present in seafood but not always in fish oil supps (eg, Litchfield 1968 and Ando et al., 1996).  It’s not all-or-nothing, but it’s safe to say you’re gonna get more sn-2-DHA in seafood.

Do not, under any circumstances, feel the need to supplement your diet with LA, ALA, or vege oils.  Just eat seafood.  DHA supps are negotiable (they’re better than nothing, imo).