Is it possible to improve the amplitude and resiliency of your circadian rhythms?  Is this desirable?  Yes and yes, I think. 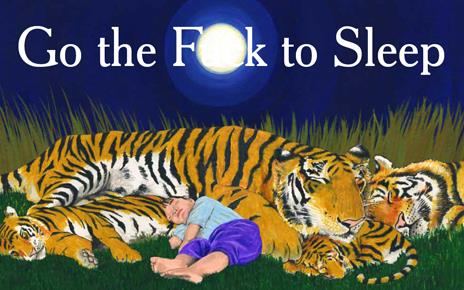 Introducing, the aMUPA mice (Froy et al., 2006).  What you need to know about ’em: they have very robust circadian rhythms.  How is this assessed?  Take some mice acclimated to their normal 12 hour light-dark cycle (LD) and place them in constant darkness (DD).  Then take liver biopsies and measure circadian genes to see how well they still oscillate throughout the dark day; this is also known as the free-running clock, and it craps out differently in different tissues depending on a variety of factors.  Most of the time, however, it’ll run for a few days in the absence of light.  Circadian meal timing also helps to hasten re-entrainment.

Note in the figure below: 1) there are two distinct lines of aMUPA mice; and 2) both exhibit a greater amplitude in circadian oscillations during free-running, or DD conditions. 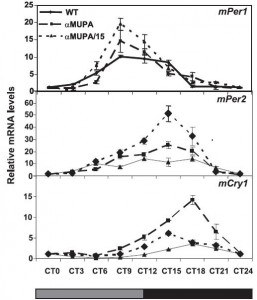 Same is true for body temperature.  Similar to humans, mice run slightly warmer during their active phase.  This is exaggerated in aMUPAs.  And instead of grazing, their food intake seems to be divided into two discrete “meals:” a big breakfast at the start of the active phase, and a small dinner about 12 hours later.  They have stronger circadian rhythms, and this is how they eat (make a mental note of this)… cause/effect? 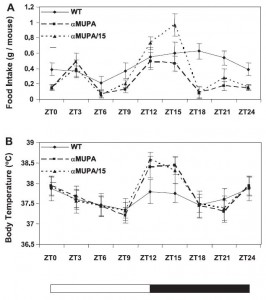 Curve ball: circadian mismatch… what happens when you switch mice from LD to LDLDLD?  That is, shortening their normal 12-hour light-dark cycle down to 8-hours.  For normal mice: no bueno.  Food intake creeps up, and body weight along with it.  Not so much for aMUPA; stronger baseline circadian rhythms = better able to cope with mismatch. 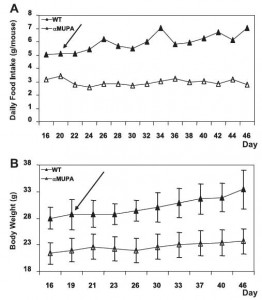 … and at least one other researcher thinks capitalizing on the food-entrainable oscillator to kickstart circadian rhythms might be a good way to stave off disease later in life (Kent 2014).  There are two entrainable oscillators (food and light); we should use both accordingly. 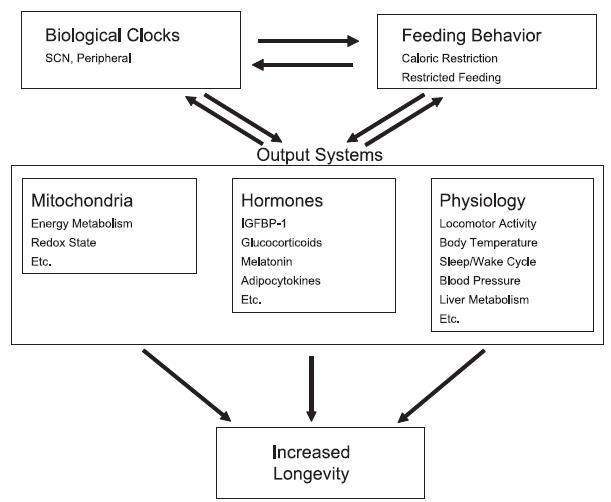 Part II: how to “strengthen” (or fix) circadian rhythms?

Disclaimer: I think circadian biohacks, in general, are better at repairing mismatches than making you superhuman.

In no particular order:

1) Be young 🙂  one study examined the effects of chronic jet lag, advancing or delaying the photoperiod by 6 hours every week, in young and old mice (Davidson et al., 2006).  Young mice did fine.  Old mice died. 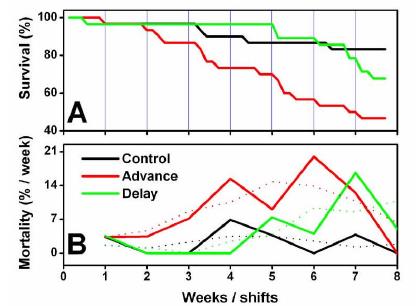 may help with this (Chang and Guarente, 2013)… until they figure out the proper ligand of Sirt1, red wine will have to suffice *sigh* :s

2. “Voluntary” exercise: works in mice and men, but as mentioned previously, if circadian mismatched to begin with, might want to try out some of the other methods because exercise can be painful, or at least less efficient, in this condition.

Exercise timing is negotiable, but I think it’s a good idea to time it around your biggest meals… naïve exercisers are stronger in the afternoon, but this is a highly adaptable system: a few AM training sessions abolishes this difference (eg, Sedliak et al., 2009).

3. Meal timing: eat more when the circadian regulation of insulin sensitivity in skeletal muscle and adipose tissue favors nutrient partitioning – in the morning. This is how aMUPA mice behave, and they fare quite well… they even live longer!!  Food-entrainable oscillator.

4. Mineral balance?  there might be a blood pressure hack out there, involving angiotensin or vasopressin, but I haven’t figured it out [yet]… pickles don’t shift my phase one iota.

5. Light: the other major entrainer.

5a. Avoid tech gadgets, blue light, etc. after sunset.  Duh.  Or at least rock a pair of hot blue blockers

.  Anecdotally, blue blockers may be used to phase change, intentionally… eg, put them on earlier if you want to go to bed & wake-up earlier.

5b. Sunlight in the morning.  Lots of it.  Or at least a bright light device

Piece of advice: don’t go too far from the natural, seasonal photoperiod as I suspect this may share some characteristics with chronic jet lag / circadian arrhythmia:  Impaired neurogenesis and cognitive deficits.  Cancer.  Nutrient anti-partitioning.