Full disclosure.  IMHO, with regard to obesity and weight loss diets, low carb is a little bit better, most of the time.  It’s not such a huge difference that it’s ridiculously obvious, and in situations where low carb proper is too impractical, it might just be more important to focus on eliminating as many empty calories as possible.  Because as discussed in the Easy diet diet, Op. 72, you don’t have to go militant zero carb; simply “low“ carb seems to work pretty well. 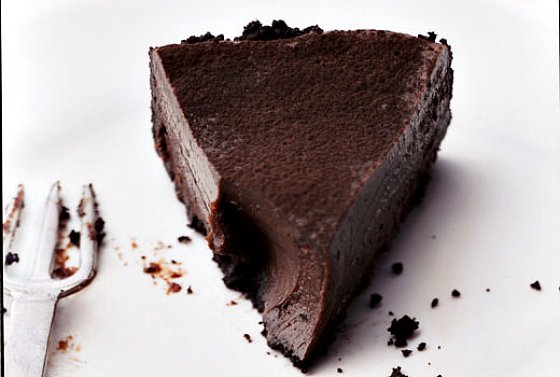 [if you follow the advice, that is, at least to some degree]

This was a long study (24 months), but for the sake of brevity, I’m only going to review up to 6 months because that’s when the volunteers started falling off the wagon.  At this point, carbs increased in the low carb group which led to: 1) them having to increase their insulin dose (remember these are type II diabetics); 2) increasing triacylglycerols (reflecting the increased carb consumption); and 3) upward drifting HbA1c (again, reflects increased carb consumption).

I suspect the volunteers started lying, misreporting, or just went clueless about their food intake at this point for two reasons: 1) triacylglycerols and HbA1c, two biomarkers of carbohydrate consumption, wouldn’t have gone creeping back to baseline levels despite consistently low reported carb intake; and 2) their insulin dose was higher at 24 months than baseline!  I’m sorry, but if you’re down 7 pounds and eating half as many carbs, then there’s no way you need 25% more insulin to maintain euglycemia on planet Earth.

Lastly, at 6 months weight loss was relatively similar between the two groups (low carb: -10.8 lbs; low fat: -10.1 lbs), so we can look at non-lying, weight loss-independent effects of low carb vs. low fat.

given the horrid compliance, this is hardly a point about which to brag

HbA1c is a marker of long-term blood glucose control.  HbA1c = glycated hemoglobin.  Hemoglobin is present in red blood cells, which live for about 6 months.  In the presence of high blood glucose, some of the sugar permanently sticks to hemoglobin making it “glycated.”  Keep this up for a while and you end up with elevated HbA1c and a poor prognosis.

HbA1c is much better than fasting blood glucose (FBG) in determining dietary compliance.  Professional type II diabetics know if they avoid all carbs the day prior to their doctor’s appointment, their FBG will be pristine and the doctor will pat them on the back, say they have no idea why they gained weight, and advise them to keep on doing what they’re doing.  And our sneaky type II diabetic will go home and triumphantly indulge in all the assorted empty calories that forced them into this chicanery in the first place.  (sorry.)

another disclaimer: this wasn’t that good of a study, mainly for the reasons described above, but also some other reasons.  E.g., this study was claimed to be “randomized,” which is normally a good thing.  But that’s only when the randomization is based on putting similar people in both groups, which requires stratification based on known confounding factors.  Randomization is important because it attenuates the impact of confounders…

But not when the randomization [sic]: “was based on drawing blinded ballots.”

Proper randomization is easy and costs less than the paper used for said blinded ballots; I have no idea what was going on in their heads (maybe it was that time in the summer when the sun never sets in Sweden?)

back to the study

At 6 months, when the dietary records are likely at their most accurate, total insulin dose was reduced by 25% in low carb dieters, and since they were actually eating fewer carbs (and not just saying they were), HbA1c declined by 0.5.  Importantly, despite no major difference in body weight between the groups, that reduction was 5 times greater than what was seen in the low fat dieters.  5x!  not 10% or even 50%.  500%.  This bodes very well even though weight loss only amounted to a meager 10 pounds (which can likely be blamed on the researcher’s seemingly intentionally lazy intervention).  Furthermore, the subjects didn’t go on a zero carb diet; they claim to have cut carbs by 50%, which means they probably reduced them by 25%, yet they STILL achieved a 5x greater increase in HDL relative to low fat dieters.

The point is that you can mess up a low carb diet and still end up ahead.  I suspect the low fat dieters didn’t lie (or “misreport”) as much as the low carb dieters because when the researchers analyzed data exclusively from those subjects in whom they deemed were most compliant with the dietary fat recommendations, results were similar.

And while I don’t endorse lying about your food intake, to re-confirm my conclusion from The easy diet diet, Op. 72: “You might just be better off half-assing a low carb diet than strictly adhering to any other one-”