With the advent of the ANDI, it is safe to say the phrase, school of thought, and cult following to “a calorie is a calorie” is fading.  All calories were not created equal; some make you fat, others make you strong.  Cantankerous old biochemists and low-fat diet proponents will likely remain loyal, however, with the former citing heat production in a bomb calorimeter (mumbo), and the latter citing the equivalency of nutrient density and animal fat scarcity (jumbo).

But for the rest of us, there is gravitas in this concept       empty calories.

A good place to start might be a critical view of Fuhrman’s  Aggregate Nutrient Density Index (ANDI).  In brief, ANDI is an index of healthiness and is calculated by dividing the amount of nutrients in a given whole food by the calories.

1)      it only applies to whole foods.  This is convenient because most processed foods would score miserably low unless they’ve been industrially fortified with synthetic vitamin-like chemicals.  Perhaps Fuhrman restricted ANDI to whole foods because something like Diet Coke Plus would score about a million (lots of vitamins, few if any calories), rendering ANDI utterly meaningless to the masses and downright offensive to people like me. 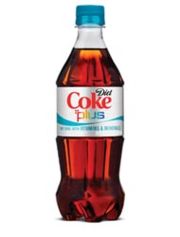 2)       “nutrients per calorie” is a far more biologically meaningful and physiologically relevant concept than “calories per gram.”

1)      ANDI selectively quantifies only one aspect of a food’s nutritional value.  It is an important aspect, but please note that a diet based on high ANDI foods would be nutritionally inadequate.  Furthermore, there are highly relevant health parameters that ANDI completely ignores.  More questions:

2)      Furthermore, ANDI is fundamentally flawed in its application to foods whose value is based at least partially on the actual calories themselves.

The failure of ANDI to incorporate any measure of fat or protein quality is its demise; why it is unable to stand alone as an indicator of healthiness… a diet consisting exclusively of high ANDI foods is incompatible with life.  A protein deficiency would be vastly more severe than a low ANDI diet, and on a lighter note, the fish oil fatty acids would provide much greater benefits than a high ANDI diet.  These nutritional factors play too big a role in determining healthspan and quality of life to be ignored.

BUT, ANDI is nice in its simplicity, and it works very well for most plant-based foods.  E.g., spinach and cabbage have very high ANDI scores; rice, grains, and pasta have very low ANDI scores.

The diets of many cultures are based almost exclusively on low-ANDI foods.  This is largely because it is much easier to produce enough calories to feed a village than to produce enough nutrients.  Starvation is deadlier than dermatitis.  In the Western world, however, we are fighting a different battle: you need to eat a LOT of empty calories in order to get enough nutrients, but then you get fat.

One response to “Empty calories III”