I’ve been following the links between blood pressure modulatory hormones and circadian rhythms for a while now — and while it’s a fascinating overall picture, this nut hasn’t been cracked [yet].  A paper published in Science may have brought us one step closer.  (And some potential biohacks.)

Background reading (probably important, because my thoughts on this aren’t very coherent [yet]):

LIGHT, Leptin, and Environmental Mismatch (skip down to Part 2)

It was a study on mouse brain, but the #context is very relevant here. 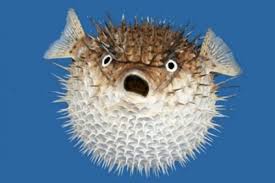 Arousal could be induced by increasing potassium, and decreasing calcium & magnesium.  Natural sleep could be induced by doing the opposite, and this pattern was also observed in anesthesia.  Lastly, somewhat humorously, they induced an interesting state by infusing the arousal-cocktail into the brains of sleeping mice.  The authors described the mice as looking “confused”  O_o

Caveat: blood pressure is supposed to dip overnight and peak in the morning; thus, it’s generally thought that hypertensive patients should take long-acting anti-hypertensives in the evening (eg, this & this).  This might not be a good idea…

Proposal: it might be better to take a fast-acting agent in the morning — maybe aldosterone will rebound at night, decrease extracellular brain potassium, induce circadian phase advance, and improve sleep quality.

Personally, I think one of the best classes of anti-hypertensives are ARBs, but a side effect is insomnia!  Maybe this is because they increase extracellular potassium in the brain at night (depending on dose-timing?).  Maybe.

Also, this (important considering the strong link between circadian arrhythmia and depression): “Hyperaldosteronism could be a sensitive marker for depression…”

“Renin and aldosterone secretion increase during sleep and are synchronized to the nonREM-REM cycle. On the other hand the aldosterone antagonist canrenoate reduced slow wave sleep (SWS), whereas the MR agonist deoxicorticosterone did not influence sleep when given shortly before sleep onset…

The results suggest that the brain chemicals — norepinephrine, acetylcholine, dopamine, orexin, and histamine — directly affect ion levels with no help from neurons.”

Restrict fluids and salt in the evening?  This could increase aldosterone at night, which decreases extracellular potassium in the brain, and may promote sleepiness.  Secondary benefit: waking up to pee in the middle of the night is highly disruptive to sleep quality, especially with that hit of bathroom light.  Win-win?

A glass of red wine in the evening may cause slight dehydration, which could theoretically increase aldosterone and decrease extracellular potassium in the brain.

I honestly don’t know where this is going (assuming it IS going somewhere), but it seems pretty interesting so far…