Around 50 years ago a group of expecting mothers were asked to increase their meat intake to about a pound a day and cut out the carbs (Campbell et al., 1996). They assessed a variety of traits of the infants and again when they were all grown up.

It’s rare to see any negative effects of high protein diets in the literature.  These studies aren’t perfect on their own, but they are consistent.  I don’t know why, but a pound of meat a day in late pregnancy may not bode well for the long-term health of the children. 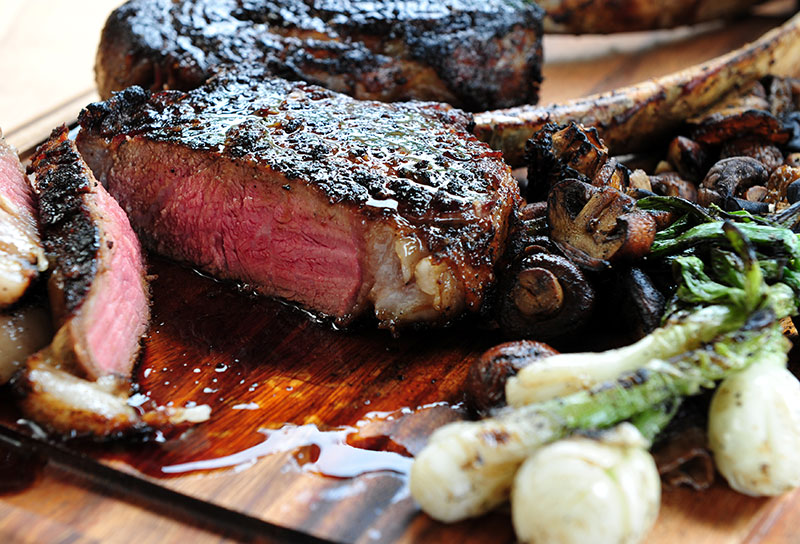 “In Motherwell, Scotland, pregnant women attending the maternity hospital between 1952 to 1976 were advised to eat a high-meat, low-carbohydrate diet as a way of preventing preeclampsia. This advice was widely offered at the time because preeclampsia was thought to be a consequence of nutritional deficiency. The consultant obstetrician in Motherwell encouraged women to eat 1 lb (0.45 kg) of red meat per day; in a booklet given to all expectant women, he wrote ‘Quantity (of meat) is more important than quality. As it may be difficult to eat enough meat at meal times the use of cooked meat, especially corned beef, rather than fruit or biscuits, is advised to assuage hunger between meals.’ He discouraged carbohydrate-rich foods: ‘Do not eat potatoes or chips, bread-either white, brown, malted or toasted, rolls, scones, cakes or biscuits of any kind.’ He recommended the consumption of fish, eggs, and cheese in moderate quantities and of green vegetables twice daily. He advised that women consume no more than half a pint of milk a day. Provided his specific advice was followed, the women were allowed to eat to satiety.”

In another study, higher protein intake during pregnancy was associated with increased risk of overweight/obesity in the adult offspring (Maslova et al., 2014). Again, not a great study on its own, but in agreement with the Motherwell studies.

I’m not backing down from my pro-protein stance as the benefits seem to far outweigh the risks… but may pause for a moment of #context.  If you’re hungry for a steak, have a steak.  Don’t force it.  I don’t know what to say if you’re pregnant except that a pound of steak daily may be a bit much.

It’s ad-free and you can cancel if it sucks 🙂

Affiliate links: It’s 2018, join Binance and get some cryptoassets or download Honeyminerand get some Bitcoins for free!