makes some of the strongest athletes in the world because unlike most other training regimes, they are constantly lifting very heavy weight.  Other protocols restrict heavy lifting to certain times of the year, in-season / off-season, etc.  At Westside, you’re going heavy on an exercise that changes very frequently (every 1 – 3 weeks).  And it’s this latter point that provides the basis for why other people think Westside works.  By constantly changing which exercise is lifted at maximal intensity, the body never fully adapts, or gets into a rut – this is part of Westside’s ‘Conjugate Method.’

The principle is embraced by Crossfit

, as per their random workouts-of-the-day, and also follows a tangent of the Hormesis

theory: small doses of individual exercises, eg, conventional deadlifts one week, good mornings the next, sumo deads the next week, and so on and so forth – will improve your squats; the body never knows what’s coming (even though you might have planned it weeks in advance, or at least planned to check The WOD Shop).  Also discussed albeit briefly, in Taleb’s Antifragile

, wherein being prepared for “random” shocks seem to benefit the system as a whole, or make it stronger.  Sedentary makes you fragile, weak, and soft; exercise makes you robust; Westside is Antifragile. 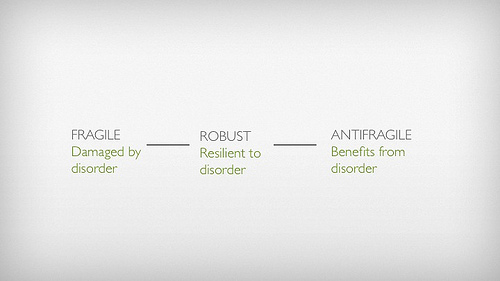 These studies are about Periodization

.  Westside is Undulating Periodization (Max Effort, Dynamic Effort, etc., performed concurrently).  And I tried to stick with studies where the participants weren’t total noobs.  Disclaimer, again: none of these studies tested Westside proper – they replaced all speed work (Dynamic Effort) with endurance training.  Speed work is essential to Westside.  Hopefully, part II of this post will include some studies on Dynamic Effort & Speed.

In the Rhea study, everyone did 3 sets of leg extensions twice per week.  Admittedly, this is a horrifically weak intervention, but it’s in intro into some of the different periodization protocols.  And the outcome measurement was muscular endurance.  Westside is intended to build Speed and Power, not muscular endurance.  The outcome measurement was the number of leg extensions that could be completed using 50% body weight.

DUP: didn’t do much for endurance, but was modestly better at increasing maximal strength, which is what Westside is intended to do.  DUP is one component of Westside.

This was a much better intervention – whole body training and what not.

In this study, Weekly Undulating Periodization was the best – they got the most stronger, and it got easier (RPE, or Rating of Perceived Exertion, went down).  Notably, everyone in every group got much stronger.  Body fat declined and muscle mass increased slightly in all groups.  Interestingly, the increases in muscle were only seen during the second half of the study, which supports the general hypertrophy model wherein strength gains during the first few weeks were due to neural adaptations to the new training program, and strength gains during the latter few weeks were due to increased musculature.

For an experienced lifter, this would require a radically different training intervention (compared to their current program, whatever that may be) as their neuromuscular innervation is presumably well-defined.  However, this might be grasping at straws as the increases in muscle were quite small.  Further, while this is only speculative, highest RPE in DUP might bode poorly for compliance.

SPP was modestly superior, which is probably attributable to the inhibitory effect that endurance training has on strength development.  If you want to know more about this, check out: Milo of Croton vs. concurrent training.  Tl;dr: DUP’s heavy concentration on doing ultra-high reps on Friday may have hindered some of their strength gains.

TP beat WUP.  TP is similar to the LP protocol used by Rhea, which was modestly inferior to DUP.  This study showed that it is better than WUP.  So, perhaps: DUP > LP > WUP  ?  But similar to Rhea, the undulating periodization was harder than the other protocol.  In Rhea’s study, this manifested as increased RPE, in this study, it was fatigue & muscle soreness.  In any case, the more frequently you mixed things up, the better the strength gains.  Antifragile.

Advantage of the above studies: most used people with at least some training experience.  Disadvantages: 1) pathologically short duration – 3 months is a drop in the ocean; and 2) none of them tested Westside proper (no Speed or Dynamic training).

Which ever you choose: wash, rinse, and do something different.  Hormesis?  Antifragile?  Westside makes some of the strongest athletes in the world.