Eating in the Absence of Hunger

Hat tip to Jane Plain and her ongoing series on “The physiology of body fat regulation” for citing this study as it provides a rather interesting insight into the psychoendoneuropathophysiology of the obese condition.  Eating in the Absence of Hunger.

Caloric compensation and eating in the absence of hunger in 5- to 12-y-old weight-discordant siblings (Kral et al., 2012)

They were all full or half, weight-discordant, same-sex siblings and each sibling pair had the same mother; same mitochondrial DNA, shared a womb, etc. 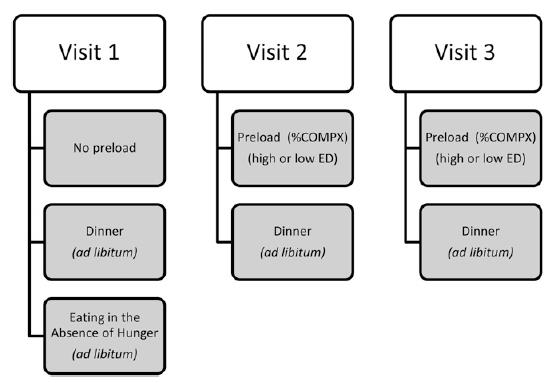 On Visit 1, they were all fed a 1000-1400 kcal dinner*, and then given 2873 kcal of snacks* [hint: all asterisks share the same meaning] to eat as much as they wanted.  After dinner, they are said to have been “in the Absence of Hunger,” so all subsequent snacking was considered: “Eating in the Absence of Hunger.”  Bigger/older kids got a little more to eat for dinner to try and make them all similarly satiated prior to snacking.  This is the gravitas.  The next part was tinkering: they gave a little (57-80 kcal) or a lot (97-136) of pudding* for an appetizer and measured food intake at dinner – did the kids who ate more pudding compensate by eating less dinner?   These pudding ‘preloads’ were isovolemic, 100 grams each, and only varied in energy density (more calories didn’t mean more physical filling of the stomach).

Theoretically, those who exhibited higher Eating in the Absence of Hunger would eat more food at dinner, after the pudding appetizer.

*The dinner/snacks/pudding they selected may have stacked the deck:

*Tangent: in a sense, it’s like the authors wanted to ensure a positive result by doing this.  Metabolic Syndrome can be defined by responding positively to a low carb diet, and the opposite is probably close to true – obese are more susceptible to carb-induced metabolic deterioration and what not.  There are many more factors at play of course; I’m just saying maybe these scientists didn’t select these particular sugary carb-rich foods at random.  Perhaps they selected foods which they knew would differentially impact lean vs. obese kids, thus ensuring a positive result and a cool paper that would be lauded by the good editors at AJCN.  Or maybe I’m giving them too much credit… serendipity?  Ha!

Here’s what the lean kids ate:

Those fed the low cal preload actually fully compensated by eating less food at dinner, whereas those fed the high cal preload overshot by almost 3-fold relative to their lean siblings (22 vs. 58 kcal).

*The difference between the low & high cal pudding appetizer preloads was small:

After a few bouts of statistical sorcery, looking at the two extremes (lean older siblings vs. obese younger siblings) they ended up saying the lean ones overcompensated by 175% and the obese overate by 126%.  I prefer straight talk, and so am taking those data with a grain of salt even though they agree with the subtext of this narrative (ie, the deck was stacked, unwittingly or otherwise).

Further, when the amount of snacking they did in the first test condition was taken into account, they calculated that lean kids compensated nearly perfectly whereas obese undercompensated by 50%.

“Eating in the Absence of Hunger” …  the bigger kids were fed more to compensate for their size and metabolic demands, so theoretically hunger was normalized across the board.  *If Metabolic Syndrome can be defined by a positive response to a low carb diet, then where is the inverse threshold?  conspiracy theorizing makes my brain hurt.  The easier conclusion is that for whatever reason, these obese kids failed to properly regulate food intake. acutely. of a high carb diet after a high carb snack.  Proposition for future study: keto. 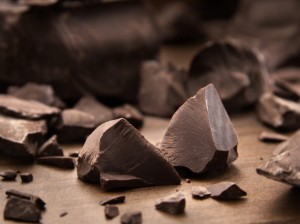 12 responses to “Eating in the Absence of Hunger”