I heard a comedian say he wished exercise was like high school; once you get your diploma, that’s it.  You never need to do high school again.  Unfortunately, the same isn’t true with artificial nutrition.  the mad food scientists are at it again. 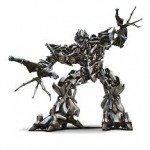 Over a decade ago, Atkins released low carb bars.  Well, they weren’t actually low carb per se, they were low sugar.  This was accomplished by replacing sugar with glycerol (a sugar alcohol) and polydextrose (a pseudo-fiber).  While their bars are made from cheap ingredients and low quality protein, sugar alcohols and pseudo-fibers are certainly better than sugar.

Later, sugar alcohols took off in popularity, appearing in Met-Rx Protein Plus

bars use glycerol and maltitol, and a LOT of ‘em.  Quest

took a stand against glycerol and uses the lower calorie and more stomach-friendly erythritol (if it ends in “-ol,” its probably an alcohol).

, and the original Quest bars.  Quest has since switched to another good fiber, isomalto-oligosaccharides.  Unfortunately no one is using GOS, yet, but they will … mark my words (that’s a prediction, or stock tip… not a threat). 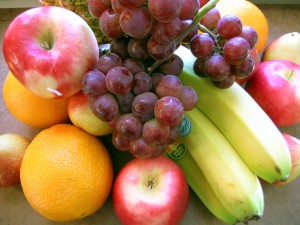 But now the field has taken a turn and we have another artificial ingredient, a pseudo-fiber, with which to deal.  “Soluble corn fiber (SCF)” first appeared in Splenda Fiber

packets and then in Promax LS 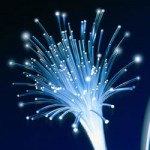 If you’re like me, you’re asking yourself: what is this stuff?  Is it real fiber?  Is it like the super fibers inulin

Pullulan, a rather potent fiber, is not well-tolerated.  Resistant starch (an insoluble fiber), soluble fiber dextrin, and SCF were all OK.  The gut microbiota seemed to have no preference, as short chain fatty acid production was similar in all groups (perhaps 12 grams is subthreshold?).  Similarly, health biomarkers, hunger levels, and body weight were unaffected.

In this study, however, SCF didn’t do so well.  It caused gas and reflux.  Perhaps this wasn’t observed in Stewart’s study because of the lower dose (12 vs. 21 grams).  Furthermore, polydextrose reduced while SCF increased short chain fatty acid production, both of which resulting in a higher acetate:butyrate ratio.  So unlike 12 grams of any of Stewart’s fibers (including SCF), the gut microbiota seems to respond to 21 grams of SCF.  And they pooped more (both fiber groups). 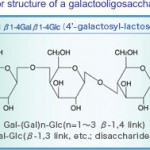 This same group reported a more detailed analysis of the gut microbiota which unfortunately did NOT exactly confirm their earlier finding (Hooda et al., 2012):

Data presentation is different in the two publications, and if both are true, then SCF selectively increases a few specific strains of bifidobacteria but reduces many others (enough to increase the total amount but decrease the variety).  The functional implications of this are unclear (to me).

In the meantime, SCF appears to be at most an OK pseudo-fiber substitute.  Megatron Promitor is not likely to test it against the super fibers (e.g., inulin, GOS, etc.) any time soon, so we won’t know if it’s an advance or simply a side-step.  Such is life.

FODMAPS  – Fermentable Oligosaccharides, Disaccharides, Monosaccharides, and Polyols.  Basically, FODMAPs are a bunch of sugars that are poorly digested in some people and cause a fantastic variety of health problems ranging from bloating and abdominal pain all the way to chronic fatigue and anxiety.  AND a low FODMAPs diet seems to provide some relief (Ong et al., 2010; Staudacher et al., 2011).

Just like it’s weird name, it’s difficult to simplify the rules of the low FODMAPs diet, so here it is graphically: 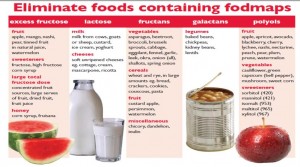 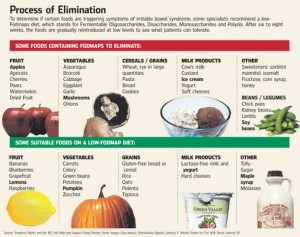 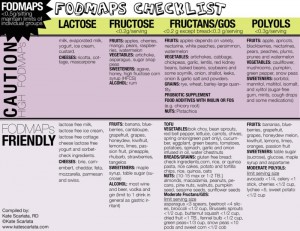 Grains are excluded from GFCF due to gluten and from FODMAPs due to oligosaccharides.  Dairy is excluded from GFCF due to casein and from FODMAPs due to lactose (not sure where FODMAPs stands on fermented dairy like kefir or FAGE).  Thus, both GFCF and FODMAPs exclude grains and dairy.  However, GFCF doesn’t restrict fructose, which is excluded in FODMAPs (monosaccharide).  And last but not least, GFCF but not FODMAPs allows polyols, but as I’ll explain later, I don’t think polyols belong on this list (perhaps “FODMAPs” was just more pleasant-sounding than “FODMAs”).

A low carb diet is low in both FODMAPs and gluten.  But perhaps similar to polyols, some leniency should also be applied to casein, as standard low carb diets don’t restrict casein but still improve a variety gastrointestinal symptoms (and quality of life in IBS patients; Austin et al., 2009).  Alternatively, a dairy-free low carb diet would cover all your bases.

or you could bring a gun to a knife fight, part I.

Alterations in gut bacteria are frequently associated with gastrointestinal problems, and two classes of nutritional supplements aimed at modifying the gut flora seem to help.  “Probiotics” contain the buggers themselves, while “prebiotics” contain their fuel.

With regard to the former, “bifidobacteria” seem to be the major player.  Bifidobacteria are the highest in the gut of breast fed babies and lowest in elderly folk.  They are lacking in IBS sufferers (Kerckhoffs et al., 2009; Parkes et al., 2012), and supplementation with bifidobacteria-containing probiotics improve a variety gastrointestinal symptoms (B. infantis 35624 [Whorwell et al., 2006]; B. animalis DN-173 010 [Guyonnet et al., 2007]; B. bifidum MIMBb75 [Guglielmetti et al., 2011])

B. animalis DN-173 010 is found in Dannon’s Activia yogurt.  But as with most yogurt products, it comes unnecessary added sugars.

Personally, I’d recommend a blend like that found in Jarrow Bifidus Balance

(which comes preloaded with its own stock of prebiotics, to be discussed later).

Back to the paradox (or a shameless teaser for next week’s episode): the low FODMAPs, GFCF, and low carb diets all have beneficial effects on gut health but reduce bifidobacteria.  Bifidobacteria supplements and bifidogenic prebiotics are also good for the gut.

a far more enigmatic paradox than the French one, IMO, to be continued…