And as a further testament that melatonin supps aren’t sleeping pills is that they’re non-addictive and can at least temporarily “fix” circadian sleep problems: after prolonged treatment, people report no withdrawal symptoms and still sleep better even up to two weeks after discontinuation (Lemoine et al., 2011)! 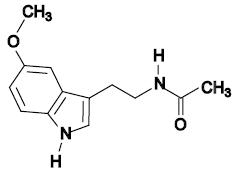 In general, melatonin supps are thought to improve sleep quality, not necessarily sleep duration (although they may do that as well in some people).  And poor sleep quality ruins everything.  Health, cognition, well-being, quality of life -> increased risk of practically every disease, fat gain, increased risk of crashing your car… everything goes to shit.

Melatonin is the chemical expression of darkness

As for supplements, extended release is favored because it more closely mimics physiological melatonin plasma levels (regardless of whether plasma melatonin comes from brain or gut).  The Lemoine study used 2 mg extended release melatonin, but other studies have shown efficacy with a range of doses.  Ymmv. 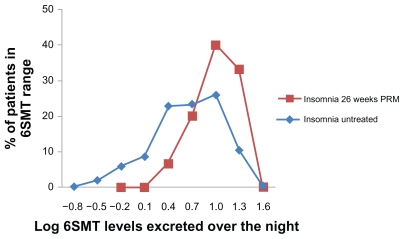 “The long-term administration of PRM did not cause suppression of endogenous melatonin production as evident by the rhythm in 6SMT in the urine. The presence of such rhythm also confirms that the 6SMT was endogenous rather than a metabolite of the residual PRM discontinued 2 weeks before. The reported observations are confirmatory and compatible with earlier reports in the literature on the lack of the suppressing effect of exogenous melatonin on its endogenous production.”  [seems like good news]

LED light hitting your eyes from above at night is literally the worst.  If you want to read at night, try a candle at or below eye level.  Or an amber bulb.  And blue blockers.

Affiliate links: It’s 2018, join Binance and get some damn cryptoassets or download Honeyminer and get some for free!