Kisspeptin was discovered in Hershey, Pennsylvania, and was named after Hershey’s Kisses.  It has 776 pubmed citations going back to 2001, and may (or may not) play a key part integrating circannual reproduction patterns and seasonal thyroid function.

was originally identified as a protein that inhibited breast cancer and melanoma.  This might also provide insight into the WHO’s recent declaration of shift work as a “probable” carcinogen.

Exhibit A. TSH restores a summer phenotype in photoinhibited mammals via the RF-amides RFRP3 and kisspeptin (Klosen 2013)

In this study, TSH infusion in short-day adapted hamsters (who are in winter non-breeding mode) induced summer phenotype & kisspeptin.  It also fattened them up a bit.  These TSH secreting neurons express melatonin receptors, but not those for TRH or T3 (Klosen 2002), so it is said to go something like this: 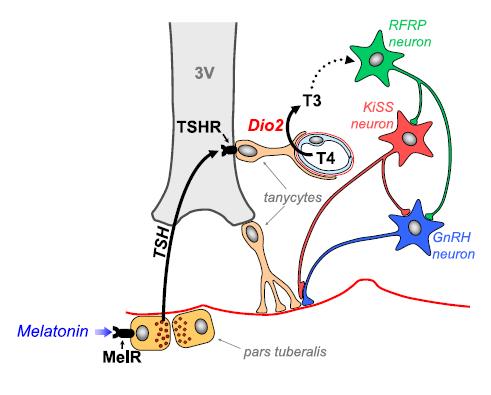 I don’t think this is the same TSH that is involved in regulating thyroid proper, because those TSH neurons would express TRH & T3 receptors.  However, melatonin suppresses TSH (which is thought to mediate the slight reduction in body temperature at night), and in this human study (Mazzoccoli et al., 2004), TSH increased in the blood prior to melatonin onset, but started to go down when melatonin levels started to get up there: 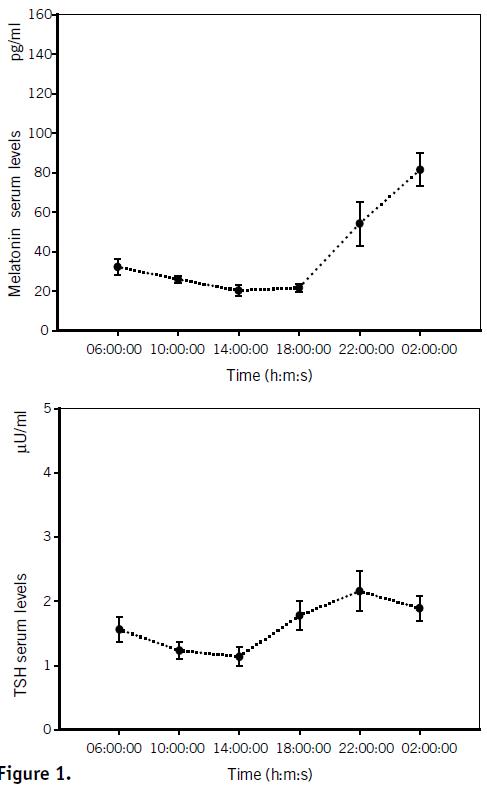 So perhaps it’s a different set of TSH neurons.  However, T3 administration does the same thing –> enhances kisspeptin and testicular growth [in hamsters] (Henson et al., 2013).  So maybe not.

The Neurobiology of Circadian Timing

<– I suspect  has all the answers.

Aside (speculative).  Hamsters and many birds, like our theoretical paleo ancestors, are long day breeders: spring conception leads to spring births (Ikegame & Yoshimura, 2013); in humans, summer conception leads to spring births.  Spring was historically [theoretically] a good time to have a baby.  Short day breeders (bun in the oven ~6 months), like some sheep, deer, and goats prefer autumn conception which similarly leads to spring births.  The marked species-dependent variations does seem to complicate things, given that the paucity of human data on kisspeptins and the like.  For what it’s worth, humans with a mutated kisspeptin receptor are infertile (Roux 2003).

With regard to fertility: Kisspeptin

Thyroid function is critical to fertility.  Iodine supplementation is thought to improve breeding success in pandas (Milewski & Dierenfeld, 2012), and hypothyroidism markedly impairs reproductive success in bitches (plz click link) – this would be “winter;” paleo/Wiley/seasonal winter.  And kisspeptin appears to be the messenger.  Thyroid activates it in summer, and melatonin inhibits it in winter.  What could make this story interesting?  Something else that affects kisspeptin.  Yeah, that’d be cool.  End.

I used to draw the line at a foil cap.  Now the line has been redrawn to wearing hot blue-blockers at indoor public places.  Like the grocery store, or a pub (where I’d probably get my ass kicked for it by a gang of mulleted rednecks).  I really hope that line doesn’t get redrawn. 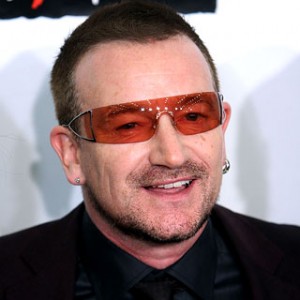 he gets away with it.

Start your OWN Patreon campaign!?