As to the mechanism of pramlintide, well, that’s where it gets interesting…

In another pioneering study, this one by Jonathan Roth and colleagues in Alain Baron’s lab, the idea of leptin therapy in obesity was raised from the dead (Roth et al., 2008).  Like the Phoenix. 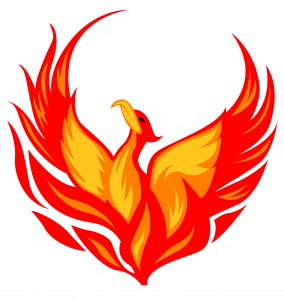 To further clarify how this was ‘synergistic,’ a clever experiment was designed.  It was previously demonstrated that amylin alone reduced FI, so it was possible that this reduction in FI was responsible for the duo’s superior efficacy.  To determine if reduced FI was the sole mechanism of amylin, leptin-treated animals were pair-fed with amylin-treated animals.

Importantly, and of most clinical relevance, the weight loss was entirely comprised of fat mass.  Metabolic rate was restored, FI was normalized, and fat got burrrrned.  This has profound implications for the treatment of obesity, and these researchers actually took it to the next level by testing it in obese humans.

Five months of treatment with leptin or amylin alone caused an 8% reduction in BW, whereas patients treated with the combo lost twice as much.  And the combo group was still actively losing weight by the end of the study!

Basically, one of the most important findings is the synergistic effect of amylin and leptin co-administration.  And the observation that the increased efficacy attributed to the addition of amylin to leptin therapy is not entirely mediated by the anorexigenic effects of amylin.

However, this is not what was predicted. 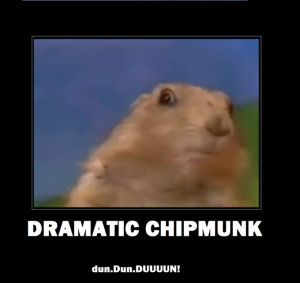 A year earlier, Roth did another set of amylin

experiments in rats (Roth et al., 2006).  First, they confirmed that amylin treatment (300 ug/kg) reduced FI and BW, albeit with a much higher dose than previously used (100 ug/kg in the other study).  But next they pair-fed a group of control rats to the amylin-treated group and showed that the pair-fed group lost exactly as much weight as amylin-treated rats, suggesting that amylin’s effect on BW is mediated by reduced FI.  This leaves no room for altered leptin signaling, nutrient partitioning, or any other theories.  There was a modest improvement in body comp in amylin-treated rats compared to pair-fed controls, but this may not have been entirely due to the amylin treatment, as pair-feeding is known to negatively impact nutrient partitioning (it’s stressful; recall the mice

who got fattier on 5% calorie restriction?).  There were some other minor differences between amylin-treated and pair-fed rats, such as maintenance of metabolic rate after weight loss, however, which may have also accounted for the modestly improved body comp, but this cannot be differentiated from the negative effects of pair-feeding and therefore cannot be definitively attributed to amylin.

This was later confirmed with much lower doses of amylin (50 ug/kg) and leptin (125 ug/kg) in a similar study (Trevaskis et al., 2008). The relevance of dosing is of utmost importance because even at these lower doses, they are still quite high for humans; 50 ug/kg for a 300 gram rat may only be 15 ug, but for a 100 kg human is 5 mg, over 300 times higher.  But the authors of this study also measured energy expenditure.  They showed that, as expected, pair-fed rats exhibited a reduced metabolic rate upon weight loss but this was completely prevented by co-administration with amylin and leptin.  Recall that they are eating the same amount of food by design (ie, pair-feeding), so we would expect the pair-fed group to weigh less (same FI + higher metabolic rate = lower BW).  But this is not what happened: BW was statistically similar in the two groups.  Fat mass, on the other hand, was significantly reduced in the treated group suggesting that amylin and leptin co-administration does indeed induce a unique metabolic state whereby fuel utilization is preferentially shifted toward fat oxidation while lean mass is spared.

In yet another study by the same group, weight loss was induced by leptin/amylin and then maintenance of the reduced BW was assessed in rats switched to leptin-only, amylin-only, or both (Trevaskis et al., 2010).  Interestingly, when switched to either leptin or amylin alone, FI and BW returned to normal, but when maintained on the combo treatment, BW plateaued but fat mass continued to decline while lean mass increased.  This is a remarkable feat!  It is an entire body re-compositioning effect.

The take-home message: scientists have shown that amylin essentially improves leptin signaling, which produces all of the expected effects: increased fat oxidation and energy expenditure, improved body comp, and reduced appetite.  Leptin appears crucial to this.

Why do some people lose more fat mass with higher carb diets than they do with lower carb diets?  (and please stop denying that these people exist!)

is co-secreted with insulin — so you naturally get more amylin with carbs.  I’m not proposing a theory to justify those studies on 90% carb diets… which I don’t take too seriously since none of them were properly designed — can you say “control group?”

It just seems likely that in this #context, perhaps the extra amylin is enough to restore leptin signaling to allow for more fat loss without fatigue, hunger, poor metabolic rate, etc.

Maybe this is a reason why carb re-feeds, the Targeted Ketogenic Diet, or just regular low fat diets work better for some people.
maybe

Just a theory, but remember: many of the amylin/leptin studies were successful in humans.  The rodent studies were done to tease out the mechanisms.