Part II. The brain
Even the brain loves ketones!  Who it loves more is unknown (glucose or ketones), but what is known is that when blood ketones get high enough, the brain will happily utilize them for fuel.  Happily.  Whether or not it was known by Randle at the time, the glucose-fatty acid cycle could work just as well as the muscle-n-ketone cycle.

Starved-obese but otherwise healthy men who hadn’t had anything to eat for two months.  TWO months.  Down ~73 pounds, and what do they get?  jabbed by a syringe filled with insulin! (p.s. <– read that link if you’ve got the time)

A group of obese but otherwise healthy men volunteer for a weight loss study, and they undergo an insulin tolerance test.  ~0.2 U/kg insulin injected, and plasma insulin shoots up from 30 to about 1000 mU.  As expected, blood glucose plummets:

Then oddly enough, the men agreed to stay in the study, which consisted of two months of total starvation.  They lost 73 pounds on average; and what do they get for this astounding accomplishment?? jabbed again!  2 months starvation, then another insulin tolerance test.  Blood glucose started out a little lower than pre-fasting (not surprising), and it went down a little further: 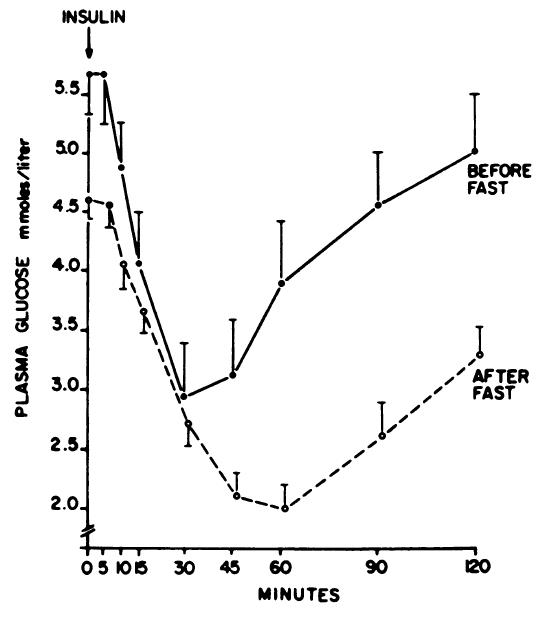 After the fast, the same nine subjects had no insulin reactions.

AFTER THE FAST, THE SAME NINE SUBJECTS HAD NO INSULIN REACTIONS.

Blood glucose at 2 mM, or about 36 mg/dL, and absolutely no clinical symptoms whatsoever.

what is known is that when blood ketones get high enough, the brain will happily utilize them for fuel.  Happily.

Prior to ketosis, if you deprive the brain of glucose, you get shaky nervous sweaty confusion.  During ketosis, the brain is all like: “whatever sugar, I don’t need you.”

all because of THIS

After two months of starvation, you’re right about here: 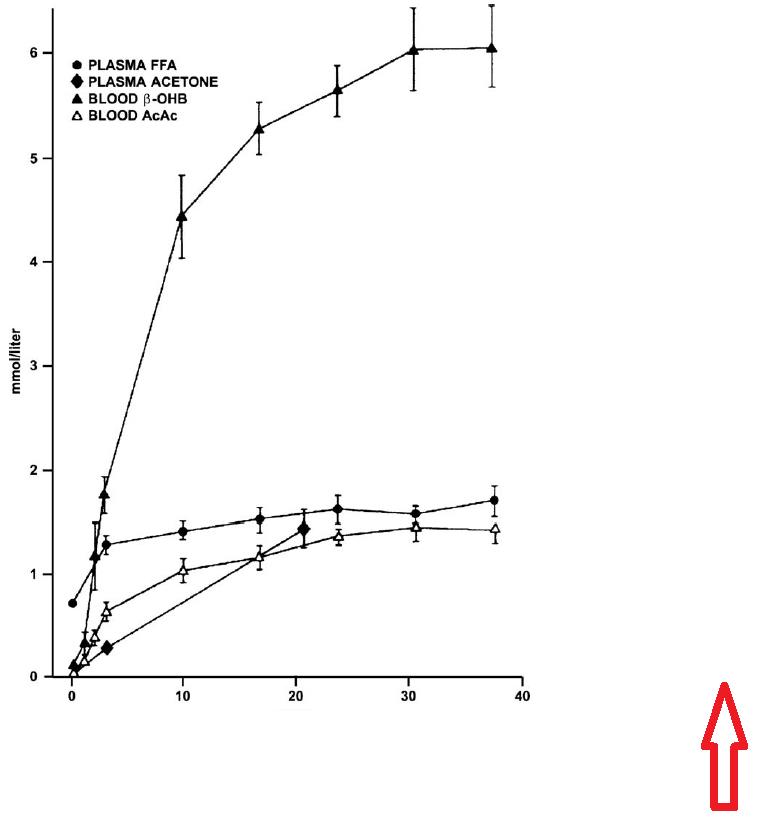 when blood ketones get high enough, the brain will happily utilize them for fuel.  Happily.  (see that line at the very tippy top of the graph above?  yeah, that’s ketones)

Even after getting jabbed with insulin, their ketones were above 6 mM (which is “high enough” by any definition):

Starvation and survival (Cahill and Owen, 1968) 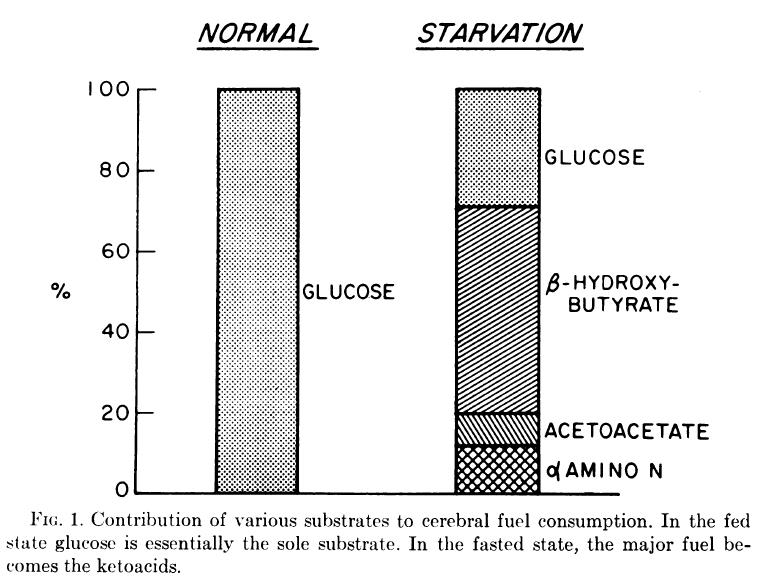 11 responses to “40 years ago a group of researchers turned ketosis into poetry.”