The French Paradox is neither a paradox nor French, really.  Red wine isn’t saving the French from a saturated-fat induced heart attack epidemic….  Not to take anything away from red wine, however, as the metabolic effects of red wine (and alcohol in general) are rather interesting. 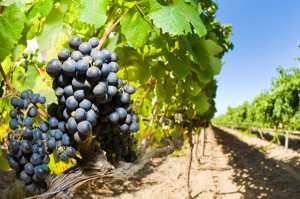 Background info: alcohol (ethanol) metabolism produces NADH (stick with me here, this article doesn’t get all technical on you I promise). 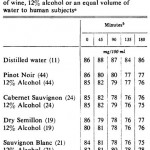 And those magical tannins found in red wine add to the anti-hyperglycemic effect of wine.  In the figure below (Gin et al., 1999, no pun intended), blood glucose was equally blunted in subjects who ate a meal with 2 glasses of wine or took a pill containing an equivalent amount of tannins (150 mg):

The next chapter in this book: you guessed it, bifidobacteria!

Ten healthy men were randomly assigned in a three-way crossover study to drink red wine, dealcoholized red wine, or gin for 3 weeks.  The amount of alcohol amounted to ~ 2-3 servings per day. To confirm compliance (which shouldn’t have been a problem, they measured urinary excretion of resveratrol, the magical anti-aging pro-all-things-good miracle compound: 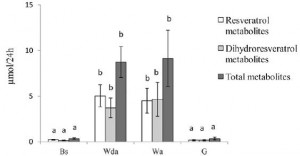 Bs, baseline; Wda, dealcoholized red wine; Wa, wine; G, gin.  Dealcoholized red wine has all the resveratrol but none of the alcohol, so resveratrol was increased just as much in this group as it was in those who got the real thing.  And gin has no resveratrol, so none appeared in the urine.  This isn’t enough alcohol to cause liver damage, but the upward trend in liver enzymes in the gin drinkers suggest they were equally compliant:

Not sure things looked a little worse on the baseline alcohol-free diet; maybe those non-alcohol kilocalories were being replaced with…

but that’s neither here nor there (you be the judge).  But what about those bugs?

An increase in bifidobacteria from 7.12 to 9.93 log10 translates to something along the lines of a 10,000% increase!  This was likely due to the resveratrol or some other magical red wine compounds because it happened in both red wine groups but not the gin group (white wine might be similar to gin in this regard).  For the record, a 10,000% increase is in the ballpark of inulin

and GOS; aka the big leagues.


Moderation?  According to Augusto di Castelnuovo (circa 2006), 2-3 drinks per day significantly reduced the risk of total mortality. 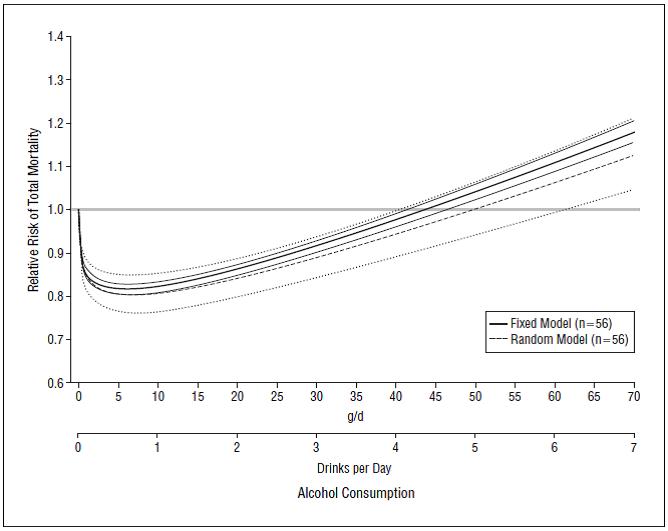 Wine, beer, or gin?  According to Gronbaek and colleagues (1995), a study on some 13,000 Danes suggested most of the benefits are reaped with wine: 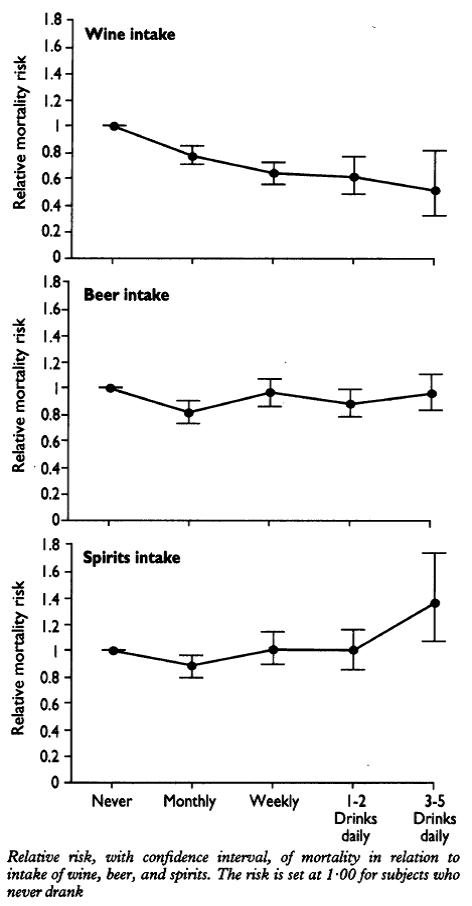