I’ve made variations of this recipe about a million times, substituting different cheeses &/or yogurts, different ratios of spinach:leek, different onions, etc… but here’s the recipe I make most often.

A couple cloves of garlic

Optional: about half a chopped up leek

edit: all ingredients should be chopped, diced, & sliced

Some people like to sauté the garlic and onion a bit; it softens their contribution.  I don’t.  There aren’t strict rules; I’ve even replaced some of the spinach with shredded Brussels sprouts.  MADMAN!

Mix everything in a big pot or mixer.  If you want a creamy spanako-spinach dip instead, pour it into something like this, and bake 250F x 1 hour or until it reaches your desired consistency.  Time & temp may vary depending on your oven. 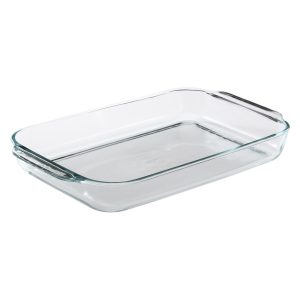 For the full spanakopita experience, gonna need phyllo dough and melted butter or duck fat or bacon grease or something similar.  This can have a big impact on the final flavor — I usually use a mix of butter and something else.

Place a sheet of phyllo in the dish and brush on a layer of butter.  Repeat 5-10 times.  Add the spanako mix, then phyllo-butter-phyllo-butter again about 5-10 more times.  For a lower carb version, use less.  Some people go crazy and put layers of phyllo between layers of spanako mix.

note: water is toxic to all known species of phyllo.  Don’t get it wet.

Now is the time to cut it into squares – not after you bake it or else the crispy phyllo will crack all over the place.

Bake it at 350F for about 45 minutes or until the phyllo is golden. 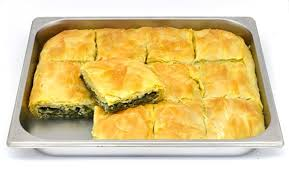 Cook at same temp but about half as long. 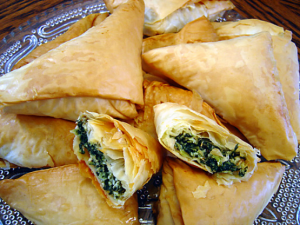 Super-advanced: sprinkle a little Parmesan (or something similar) on the phyllo before you fold it so it gets in there, between the layers of phyllo.  You can do this for both the pan spanakopita and the triangles.

If you like what I do and want to support it, head over to Patreon! Five bucks a month for full access. It’s ad-free and you can cancel if it sucks 🙂

This entry was posted in Dietary fat. Bookmark the permalink.