The curious perils of crappy sleep

Don’t try this at home 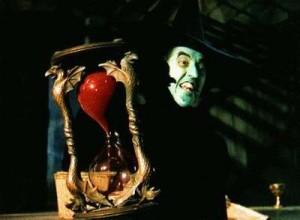 The most utterly abnormal sleep structure was studied- for 3 weeks, the subjects were subjected to: 1) a 28-hour day; 2) 6.5 hours of sleep per night (equivalent to 5.6 hours in a normal 24-hour day); and 3) dim lighting during the days.  This was done to completely destroy circadian rhythms, and accordingly, metabolic calamity ensued: insulin response went down and hyperglycemia went up (compare black to red bars). 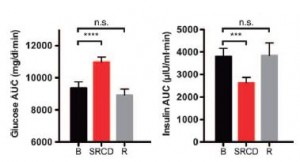 All of these things point to one common endpoint: weight gain.  Indeed, the authors even concluded that sleep restriction and disrupted circadian rhythms should increase the risk of obesity… except for one thing: everyone in the study lost weight (1.7% of initial body weight).

How, you ask?  during the increased waking hours, physical activity actually went up (a LOT).  This may have been because the researchers didn’t recruit an average lot, or group of subjects who were generally representative of the population at large.  No, this was a highly selective group of “healthy people.”  And what do healthy people do when their awake?  It’s probably what they don’t do that matters.  Healthy people spend less time sitting around (in general).  Had the researchers recruited a group of overweight subjects with their X-Boxes, I imagine the increased food intake would not have been adequately balanced by increased physical activity and they would’ve gained weight.

I do NOT recommend sleep restriction for weight loss.  Even though glucose metabolism was completely restored after 10 days of recovery (gray bars in the figure above), lingering signs of metabolic dysregulation were still apparent (scary). 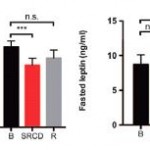 Perhaps not necessarily video game junkies, but those who are otherwise at increased risk of developing obesity do tend to move around less during the day if they sleep less at night (in contrast to the very healthy people mentioned above).

This is not a “very healthy” group of subjects; accordingly, those who slept <6 a night were 27% less physically active and spent over an hour more per day sitting around.  In this study, short sleepers weren’t obese [yet]; but they were predisposed to weight gain.  (even the media seems to agree with this one).

If you DID want to try sleep restriction for weight loss, and even vowed to decrease food intake (in contrast to the highly active subjects in Buxton’s study), the results still might not turn out so good…

In this study, food intake was intentionally reduced to a similar extent (-10%) in sleep restrictors and non-restrictors, and in agreement with Buxton, metabolic rate declined in sleep restrictors.  And although it was only measured at baseline, physical activity during sleep restriction must have increased because weight loss was similar in both groups.  But here’s the catch:  compared with those who slept 8.5 hours per night, the weight lost by those who slept 5.5 hours per night was primarily fat free mass (which is probably what caused their metabolic rate to go down), whereas it was primarily fat mass in those who got adequate sleep.  This finding alone is reason enough to get a good night’s sleep.

In other words, if you think you’re a healthy person who wouldn’t sit around playing video games in your extra waking hours, or even if you promised not to eat more, the effects of sleep restriction on body composition wouldn’t be pretty (no pun intended).  Maybe you wouldn’t get fatter, but you’d probably get fattier. 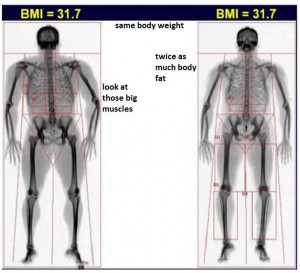 2 responses to “The curious perils of crappy sleep”