While this article could’ve easily addressed the havoc wreaked on most animals (hibernating, migrating, reproducing, etc.) or even many plants by artificial light, the focus is on humans. 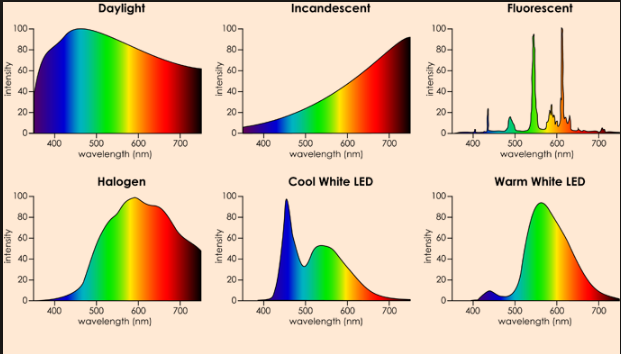 Functions of the light to the eye:

Melanopsin: the light-responsive pigment in your eyes. It responds to blue/green light peaking around 480 nM (thus Spectra479‘s). LED peaks around 460 nM, but the 479’s are designed to prevent light-induced melatonin suppression, not LED’s peak.

There are considerable physiological effects of 480 nM light. We gotta get rid of LEDs and tune out the blue light of electronic devices.

For the rest of this awesome artice, head on over to Patreon! Five bucks a month gets you full access and there are many other options. It’s ad-free and you can cancel if it sucks 🙂

Affiliate links: It’s 2018, join Binance and get some cryptoassets or download Honeyminer and get some Bitcoins for free! And now you can mine Bitcoin from your Chromebook!

Food and sunlight in the morning, sleep at night. L-serine. AND some green.