Once thought to be the holy grail of energy expenditure manipulators and a potential cure for obesity – fail.  I don’t have great evidence for this; it’s really just a hunch.

A new mouse study has provided some additional fodder for speculation, however.

The theory & background info: increased BAT activity can effortlessly burn away excess fat mass by using fuel to create heat instead of energy.  This model was most aptly summarized by the title of Dr. Efraim Racker’s 1963 ediorial: “Calories Don’t Count-If You Don’t Use Them.”  At best, I don’t think BAT is a panacea.  At worst, we might’ve learned our lesson long ago from DNP (circa 1938; also McFee et al., 2004; Miranda et al., 2006; Tewari et al., 2009; and Grundlingh et al., 2011). 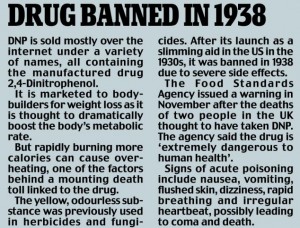 In a slurry of publications in 2009, researchers re-ignited the quest by showing cold-induced BAT activation in healthy humans (Virtanen et al., 2009): 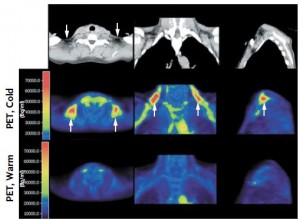