50% of calories on a 2500 kcal diet = 1250 Calories.  1250 Calories of alcohol = 176 grams, which, according to the CDC is about 13 drinks.  They exchanged 313 grams of carbs for 176 grams of alcohol.  In this metabolic ward, 2500 kcals kept them weight stable at baseline, but not even close when carbs were isocalorically exchanged for alcohol.  Due to changes in water weight and/or bowel movements?  Possible, but unlikely.  Read on.

The next logical step was to add alcohol on top of the baseline diet (obviously).  They fed 2000 kcal alcohol (20 drinks/d) in addition to the 2500 kcal “weight-maintaining diet,” and voila: 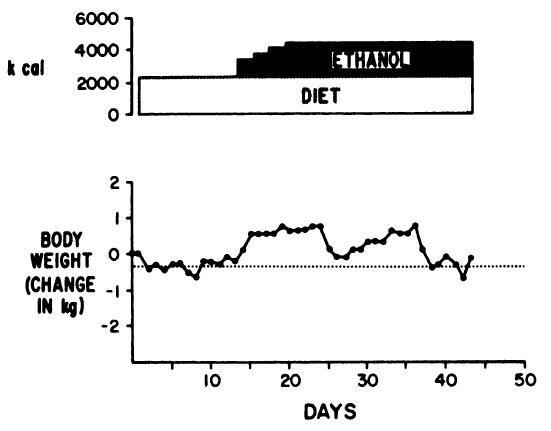 And no, they weren’t poor digesters of nuts alcohol either:

Perhaps these alcoholic patients possessed the elusive Lean Metabolism, or the ability to eat whatever they want without accumulating body fat… when those very same “2000 Calories” were administered as milk chocolate, fat piled on in droves proving they did not exist beyond the realm of Nature, Nuture,  or Thermodynamics. 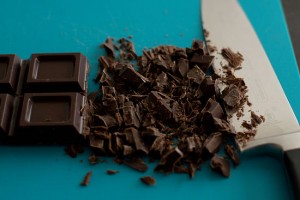 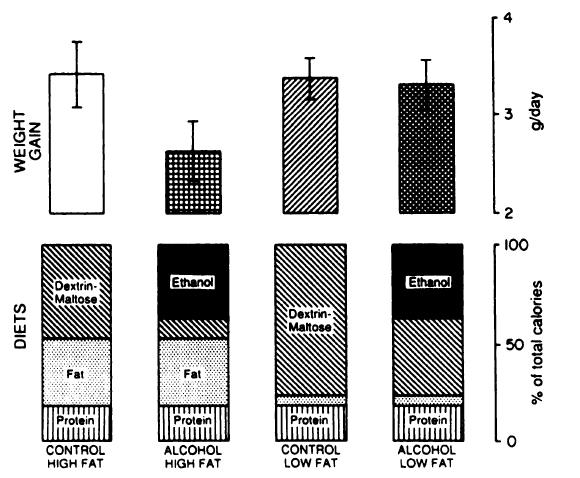 *The music screeches to a halt:  Pirola & Lieber removed 313 g carbs from their subject’s diets, essentially making it a low carb diet… hold that thought.

In another follow-up to Pirola & Lieber, a similarly designed study where the patients were fed via nasogastric tubes an isocaloric exchange of glucose for ethanol in the context of a hypercaloric diet –> weight loss (Reinus et al., 1989).

Not sure if it was intended to be ‘hypercaloric,’ but, well, they gained weight in the control periods = hypercaloric according to the Laws of Energy Balance.  But they lost weight when some of those calories were alcohol, so the same number of calories were no longer hypercaloric?  Still in agreement with the Laws of Energy Balance, but unfortunately not CICO.  It wasn’t just ‘metabolic ward,’ it was full-on nasogastric metabolic ward.

*Speculative end note (don’t get caught up on this): if 50% of the calories in Lieber’s diet amounted to 313 grams of carbs, and we can assume 15% protein, then they were ingesting a 35% fat diet and lost 900 grams during 7 days of 50% alcohol feeding = 129 g/d.  Reinus opted for a much lower fat diet, ~12%, and his subjects lost 630 grams during 7 days of 50% alcohol feeding = 90 g/d.  Admittedly, this is a stretch – it’s funny math and comparing two vastly different studies, but it indirectly confirms the rat study: alcohol calories count for less on a high fat diet than on lower fat diet.  CICO is forever bollixed.