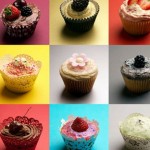 People have been warned about the dangers of excess sugar consumption, but compared to the anti-smoking campaign, the recent proposal to ban XL soda’s is like bringing a cup of water to a forest fire.

In an ideal world, a proper health initiative designed to provide people (kids too) with good nutrition information would work. The new proposal takes a different route: it bans the sale of soda’s larger than 16 ounces (but you can still buy 2-12 ouncers).  I see two possible outcomes: 1) someone who would’ve bought one 24 ouncer of soda might settle for 16 ounces; 2) the one in a million customer who wanted 24 ounces will walk away with two 12 ounce sodas instead.  Win-win, right?  In the first case, the toxic sugar burden is lessened by a third.  In the second, a potentially valuable lesson on “serving size” will be on display.   Serving size 2.0, in 3-D, spelling-it-out for all to see.

It might actually work.  From a nutritional perspective, 90 grams of highly bioavailable sugar (HFCS) is a biological disaster.  Pound for pound, there aren’t many worse things you can consume… it’s the anti-thesis of “moderation.”  Regardless of your stance on the calorie debate, no one can argue that 90 grams of sugar all-at-once is more detrimental than it’s caloric content would imply.  Even for skinny people (metabolic obesity?).  It’s worse than dietary fat, and  might be THEE cause of leptin resistance. 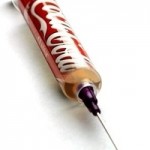 This isn’t a TPMC original, but this graph of soda, diabetes, and obesity is just about as compelling as epidemiology can be: 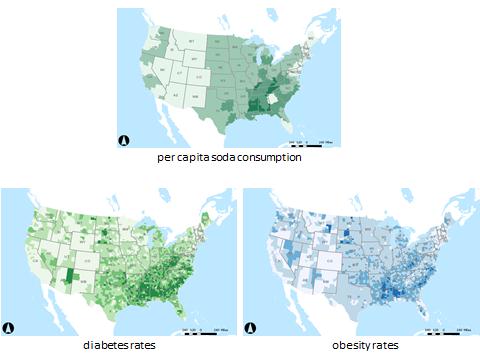 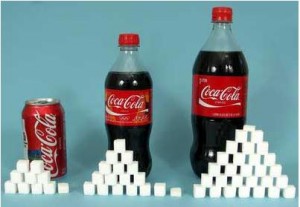 douse those sugar cubes with artificial flavors, colors, and preservatives, and we’re good to go

If the ban goes into effect and actually impacts sales, will there be a backlash? more food company lobbying?  increased government subsidies (reduced HFCS consumption -> more taxpayer dollars used to cover the losses)?  Who knows.  If it teaches people a lesson about serving size or empty calories it might be worth it.