Tired at night? Sleepy first thing in the morning?  Bid farewell to your woes, Trenta has arrived.

One small step for man, 1 Litre of coffee for mankind. 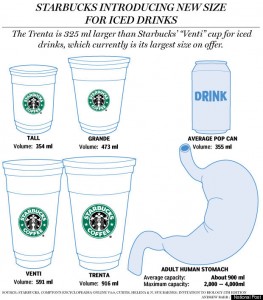 Bad news if you’re a spider… 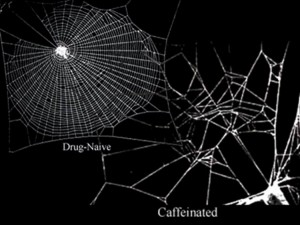 Some observations about coffee

Acute caffeine reduces glucose tolerance.  This would suggest adding sugar to coffee is a no-no.  Sweetener? Perhaps.  The jury is still out.  The caffeine dose used in the study below is 5 mg/kg; that is HALF of the Trenta. 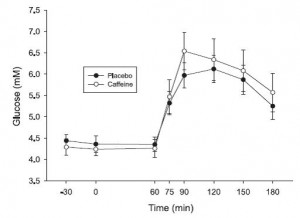 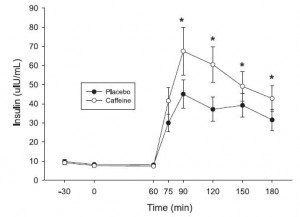 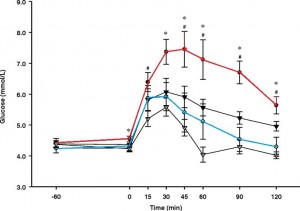 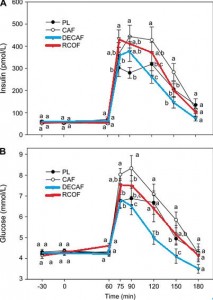 What does this mean?  Caffeine is toxic? Coffee inhibits caffeine?  Decaf was almost healthier than placebo.

Decaf + caffeine = coffee?  What else does decaffeination do to coffee?

The whole is greater than the sum of its parts.

BUT epidemiological data suggest the opposite; coffee is protective. 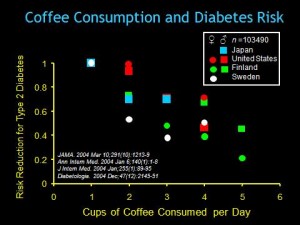 Coffee had no effect on mortality… or did it?  High coffee drinkers tend to be less healthy – eat more, weigh more, and smoke a lot more than low coffee drinkers.  Thus, uou’d expect their mortality to be higher due to lifestyle habits.  but it’s not.  Either coffee protects against the effects of a poor lifestyle, or we need to re-evaluate what defines a poor lifestyle.

This entry was posted in diet, Uncategorized. Bookmark the permalink.