the bang for your exercise bucks

Exercise causes weight loss when it’s accompanied by diet…  but then again, so does art lessons.  a continuation of “Exercise alone won’t cut it” 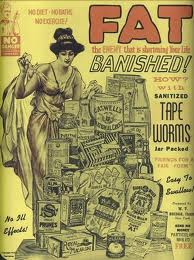 Svendsen divided postmenopausal women in their mid-fifties into three groups for 12 weeks: 1) diet; 2) diet + exercise; and 3) none of the above (a weight-maintenance control, kudos!).  Dieters went from eating 1800 to 1000 kcal/d of a high protein low fat diet.  The exercise consisted of 1.5 hours of aerobic and resistance training 3x per week.  The results, in a nutshell: dieting was effective (they lost weight).  Exercising was effective (fitness improved).  So how much additional benefit did exercise provide? Not much.  The diet alone group lost 21 pounds, while the diet + exercise group lost 23 pounds.  Is that worth 4.5 hours of high intensity exercise?  Body composition was mildly improved by the addition of exercise, as body fat percent declined 19% with diet + exercise and only 14% with diet alone.  But 4.5 hours of high intensity exercise is a LOT of work; and resting metabolic rate declined the most in the exercise group.  To its credit, exercise improved fitness considerably, which bodes well for quality of life, but just to keep it straight, diet alone reduced body weight by 21 pounds; exercise took off an additional 2 pounds… BUT as it turns out, those additional two pounds were probably also from diet, as the exercisers reduced food intake by an additional 57 kcal/d.  This doesn’t sound like much, but over the course of 12 weeks it adds up to 4788 kcal (that’s over a pound of fat mass).  In other words, exercise didn’t contribute to the weight loss.  The Laws of Energy Balance can be cruel.

Resistance training does not contribute to improving the metabolic profile after a 6-month weight loss program in overweight and obese postmenopausal women (Brochu et al., 2009)

Study design was similar to Svendsen’s (postmenopausal women, mid-fifties, etc.), with the exceptions that the diet was less strict and the exercise was resistance training, not aerobic (e.g., treadmill).  Dieting worked (both groups lost weight).  Exercising worked (they got significantly stronger).  So how much additional benefit did exercise provide?  You guessed it: not much.  The diet alone group lost 11 pounds; diet + exercisers lost 13 pounds.  3 sessions of high intensity exercise per week for 6 months led to 2 additional pounds of weight loss.  Unlike Svendsen’s exercisers, however, those two hard-earned pounds were probably due to the exercise, as metabolic rate and food intake declined to the same extent in both groups.  6 months of high intensity weight training for two pounds?  The Laws of Energy Balance: merciless.

Effect of diet and exercise, alone or combined, on weight and body composition in overweight-to-obese postmenopausal women (Foster-Schubert et al., 2012)

Saved the best for last: this study included both a weight maintenance control AND an “exercise only” group.  Kudos, Dr Foster-Schubert.  Study design was similar to Brochu’s and Svendsen’s: 12 months; moderate to high intensity aerobic exercise 3-5x per week, yada yada yada.  Dieting worked (the diet alone and diet + exercise groups lost weight).  Exercising worked (the exercise alone and diet + exercise groups got fitter).  So how much additional benefit did exercise provide?  Fail.  The dieters lost 16 pounds while the diet + exercise group lost 20 pounds.  The exercisers lost 4 pounds.  From those numbers, it might appear as though weight loss from exercise contributed mathematically to diet (4 + 16 = 20).  NOPE.  The exercisers cheated, by dieting :/
Exercisers reduced food intake by 185 kcal/d which amounts to a whopping 66600 kcal over the course of a year.  Theoretically, this could’ve amounted to a loss of over 15 pounds of fat mass.  But it didn’t.  Exercise caused a great enough reduction in metabolic rate to dwindle a 20 pound fat loss all the way down 4 pounds.  Exercise made them 16 pounds slothier.  And what about the diet + exercise group; they lost the most weight so surely exercise had to have added something to it?  NOPE, not here either.  They reduced their food intake more than any other group. The Laws of Energy Balance scoff at exercise. 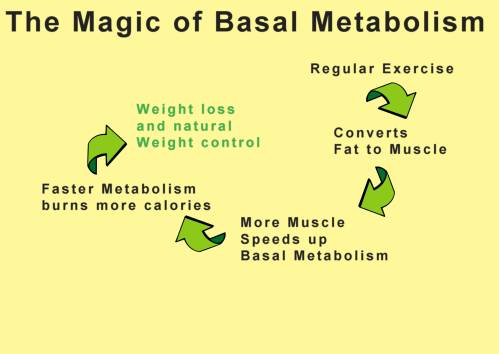 So there you have it.  Trying to lose weight via exercise alone is like bringing a cup of water to a forest fire.  It is too easily compensated for by reductions in metabolic rate.  In studies spanning the course of 20 years, exercise has consistently failed to contribute to weight loss.  Exercisers lost weight if and only if they dieted.  Diet + exercise might be as effective as diet + art lessons or diet + Facebook, although the latter two are less likely to make you slothier.  Exercise will make you better, and maybe even happier, just not skinnier.