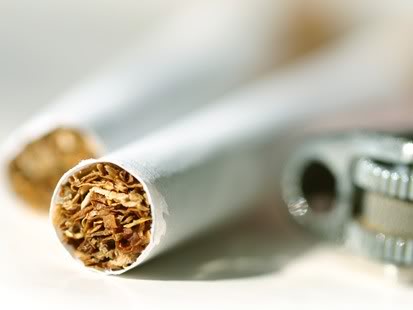 I’ve been known to rave about the phenomenon of metabolically obese normal weight (MONW), or fat skinny people.  In brief, this population exhibits insulin resistance, metabolic syndrome, hypertension… all things usually associated with obesity… but they’re lean.   In fat skinny people, I wrote about two epidemiological studies on markedly different populations (Americans and Koreans); these two peoples have virtually nothing in common (culture, foods, genetics, etc.).  Despite these differences, there was a strong similarity in the macronutrients associated with metabolic dysregulation in otherwise lean individuals (aka fat skinny people): in the first study, high carb and low protein diets were the major culprits, with a smaller contribution of low fat.  In the second study, high carb and low fat were at fault (protein intake wasn’t analyzed).

A new study that is about to hit the presses didn’t intend to say anything about fat skinny people, but they weren’t counting on ME.

This study included over 50,000 people aged 18-90.  Between the years 2000 and 2005 about 3% died, which was statistically just enough to ask “why?”  In brief, they compared body weight, blood pressure, smoking, and diabetes with mortality risk. 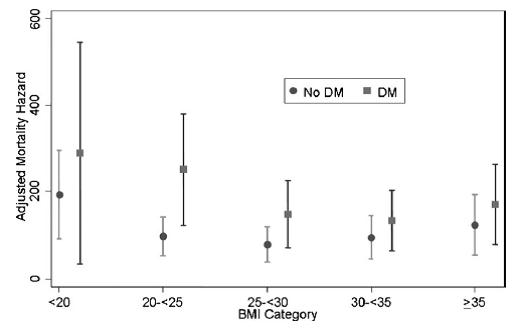 Perhaps the lean diabetics are fat skinny people, the elusive MONW?  If so, according to the research discussed HERE, their diet might have made them that way.  The lean diabetics (aka fat skinny people aka MONW aka NOD [non-obese diabetics]) eat less protein, more carbs, and less fat.  This might be a reach, but collectively (1 + 2 + 3) these data imply a poor diet might be worse than obesity for diabetics.

disclaimer: this is not true in most circumstances, i.e., skinny people can usually whatever they want.  There are skinny diabetics, but they are significantly rarer than obese diabetics.  In other words, most type II diabetics are obese, the lean ones just eat a crappier diet. You might be wondering: “how are they skinny if they eat so poorly?”  My guess is that they just haven’t eaten enough of it [yet]; it’s rare to stay lean on a “crappier diet.”

So is skinny the new fat?  Being lean with type II diabetes is an indicator of EMPTY CALORIES; it could be riskier for all-cause mortality than obesity in diabetics.

“Attention endocrinologists, diabetologists, and general practitioners: don’t assume diet is not a problem in your skinny diabetics because they are skinny.  Indeed, diet might be THE problem.”

And no, if you’re a skinny diabetic, this DOESN’T mean gaining weight will make you live longer.  it just doesn’t.