The meaning of ingredients, just the facts. 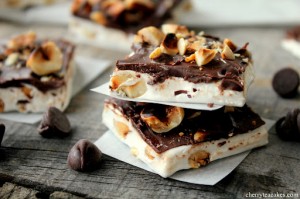 My official statement:  protein bars are not superior to high protein foods like steak or eggs; they’re just incredibly convenient.  For exercisers, it is much easier to snack on a protein bar than a Tupperware bowl full of chicken (on your way TO the gym, that is).  They shouldn’t be relied upon for providing substantial nutrition because, well, they don’t.

That said, while perusing the various categories of protein bars at Bodybuilding.com

, I found some big differences between the “best sellers,” “newest,” and “highest rated.”  So which should you buy: what everyone else is buying (best sellers)? the new kids on the block (newest)? or the favorite (highest rated)?

are the best sellers.

The best sellers are the only ones which pwn their sugar alcohols, and there are a LOT of ‘em (15-18 grams per bar.  yes, GRAMS.)  Kudos (for fessing up).  And the best sellers are some of the best values (most protein per dollar), although Supreme’s protein is higher quality.

FortiFX Triple Layer Baked Bar, one of the highest rated (see below), lists maltitol, a sugar alcohol, as their second ingredient (after protein but before fat), suggesting sugar alcohols could be 17+ grams.  Shame on you, FortiFX. While there’s nothing wrong with sugar alcohols, they should be labeled proper. -1.

N.B. Neither of these bars don’t have as much maltitol as Detour

FYI: by convention, the ingredients in processed foods are listed in order of abundance.  Some food companies have devised highly deceitful tactics based on this premise.  Instead of using 20 grams of sugar, they’ll use 7 grams of HFCS, 7 grams of agave, and 7 grams of honey.  “Sugar” is no longer one of the first ingredients listed even though the new product has more sugar!   Blasphemy!

are the highest rated.

I think the highest rated are so highly rated because they are so sweet.  Not the  enthusiastic “SWEET!” or endearing “sweetheart,” but the hedonic rewarding sugar high sweet.  LL’s Muscle Brownie contains > 2x more sugar than the others, and if potential sugar alcohols are added in to the picture, FortiFX could be second.  Cheaters never win; as such, if FortiFX pwns their sugar alcohols, they will compete with Supreme for best seller status in the future.  On the other hand, Supreme’s protein quality is superior to FortiFX.  And Supreme could also be your multivitamin (this is neither really good nor bad).

Protein is the most expensive and most important ingredient in protein bars (although I might argue that lack of sugar is just as important).  As a rule of thumb, there should be no more than twice as many carbs as protein (it’s called a “protein” bar for a reason).

That said, if you’re all about value, both best sellers contain a lot of protein per dollar (although technically FortiFX is tied with Supreme for first).  The best with regard to protein quality are Supreme

; all others are diluted with soy protein.

The newest bars have the least protein per dollar, most likely because their prices are marked up due to hype (everything costs more when it’s first released; think of cars, for example).

However, the noobs aren’t all that bad; Nogii

And not surprisingly, the highest rated have the most sugar.  They are all virtually fiber-free (2-4 grams per bar), especially compared to Quest

Conclusions I:  if everything was rational and scientific

is a best seller because of its superior protein quality and value (most protein per dollar).  Oh Yeah!

is a best seller because of its low sugar and high value.

LL’s Brownie and FortiFX’s Triple-Layer BB are probably the highest rated because of taste.  For the brownie, this is obvious because they have the most sugar.  For FortiFX, this is probably because they have secretly boosted their sweetness by sneaking in a ton of sugar alcohols.

Rise Protein + could become a best seller if they pay attention to labeling, due to their low sugar content and high protein quality.  Not so much for NoGii (not a fan), due to their reliance on low quality protein.  On the other hand, both of the newest bars are the only ones with agave, the higher fructose corn syrups.  And they are the most expensive by far.

Conclusions II.  based on nutrition

or two Quest bars (which have fewer calories than one Supreme bar).

is a close third, while FortiFX

is a distant third.  They’re kind-of-tied for third; Rise is slightly higher because of it’s protein.  But they’re both pretty good.  Actually all three (including Supreme) are pretty good.

Conclusions II.  based on gravitas

If you’re a leader:  Quest

Rise Bar Protein + could potentially be upgraded for their superior ingredients, if they weren’t the most expensive bars on the market.

If you’re not a leader:  Quest

, or just do what everyone else is doing because the best sellers are pretty good.

FortiFX is also pretty good, just remember they are tricking you (i.e., hidden sugar alcohols).  I’ve got no problem with sugar alcohols, but they should be labeled.

and I’d rather have a regular brownie than one of Lenny and Larry’s.