(credit to Dylan and Woo, respectively, for introducing me to those terms)

While it has a decent amino acid profile, with only 3 grams of protein it’d take a diabetic amount of potatoes to fulfill your daily protein.  By “diabetic,” I mean about a thousand grams of starch.  potatoes are just as glycemic as white bread. 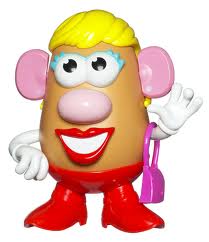 50 grams of CHO from potatoes shoot glucose to 180 mg/dL, which then plummets back down at a hypoglycemic pace, whereas white bread only reaches about 150 and gradually declines (Bornet et al., 1987).

As discussed previously, in a rather hyooge epidemiological study that included something along the lines of 1,507,808 person-years, the strongest predictor of weight gain was eating more potato chips (Mozaffarian et al., 2011).  Nobody was surprised the culprit was those fatty salty little buggers that hypnotize you to perpetually eat “just one more” until the whole bag is gone.

The *surprise* was that tied for second was French Fries and plain old potatoes.  To be clear, potatoes lack all the salt and trans fats of fries and chips… so if they were to blame, potatoes would be nowhere near the top of the list because potatoes have none.  I imagine chips beat out potatoes simply because chips make you eat more chips whereas potatoes don’t (does this count as food reward?? [fwiw, i don’t think so; it’s more along the lines of CICO but who’s counting]).  Potatoes are bland.  But they’re still loaded with empty calories – starch – which gets converted to sugar faster than a speeding bullet. 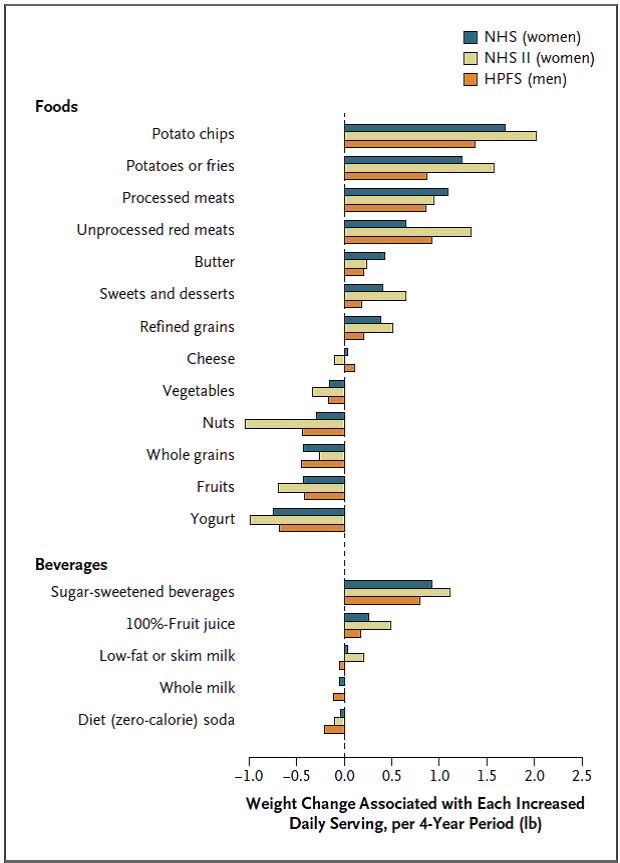 You might be thinking that bland potatoes couldn’t do it all on their own, and that it must have been all the sour cream and butter toppings.  I doubt it because butter is much further down the list (ie, didn’t contribute to weight gain), while cheese & milk (surrogates for dairy / sour cream) are actually associated with weight loss.

In other words:  potatoes = potato chips = French Fries.  It’s the empty calories that makes ‘em bad.  or something else (my bet is the former).  Alternatively, perhaps there’s a role for HAAF as per the Bornet data.  We got a lot of options…   just sayin’