As stated in the Laws of Energy Balance, you can get fat without eating more, and unfortunately there are about a thousand different ways to do so.  Here is yet another:

While it has a lot in common with fat gain diet-induced insulinemia and diabetic insulin therapy, this isn’t the greatest “model for weight gain with intensive insulin therapy.”  But it’s an interesting one nonetheless. 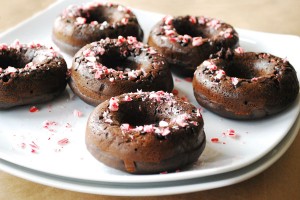 In this model, normal rats are fed the standard fare, but once weekly get jabbed  with 10 U/kg insulin; enough to drop glucose to ~35 mg/dL (seriously hypoglycemic).  Yes, this is an insulin spike, but not like the ones we normally see – usually, carbs cause the insulin spike but also provide the glucose necessary to prevent hypoglycemia.  These rats weren’t so lucky.

In humans, hypoglycemia is prevented/managed by the counterregulatory response, although repeated bouts of hypo impair this response (known as hypo-associated autonomic failure HAAF).  Apparently something similar happens in rats… in the beginning, it took 10 U/kg ‘slin to make them go hypo.  By the end of the study, the rats either became drastically more insulin sensitive (unlikely given their robust increase in body fat), or they too experienced HAAF because it only took 0.5 U/kg to get them down to 35 mg/dL.

Anyway, the results were ridiculous:

RH (repeatedly hypoglycemic) rats are massively fatter despite utterly identical food intake.  How is this possible?  Hint: it’s got nothing to do with glucose tolerance: