NRT improves quitting success rates and reduces cessation-induced weight gain.  It’s a fact; and there are a lot of anti-addictive pharmacological interventions that do too. 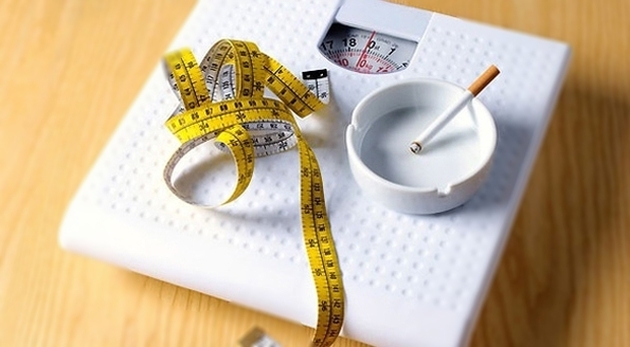 Rimonabant is the anti-“munchies” drug that blocks the marijuana receptor CB1.  It causes weight loss.  But 20 mg daily also increases the odds of successfully quitting smoking by 50 – 60% (Cahill and Ussher, 2007).

The addition of a 21 mg nicotine patch

to 20 mg rimonabant resulted in a 39% quitting success rate whereas rimonabant alone was 21.3%.  AND the NRT+rimonabant

Is it possible that cessation-induced weight gain causes relapse?  That’d be difficult to dissect scientifically, but there’s undoubtedly a link between the two.

Naltrexone, an opiate antagonist used in the treatment of alcohol and opiate dependence, also improves quitting success.  When added to a 21 mg nicotine patch

reduces body weight (McElroy et al., 2011).  I have no idea what this means, but it seems relevant.

provide around 10 ng/mL; and one cigarette gets you anywhere up to 25 ng/mL; slightly lower for e-cigarettes 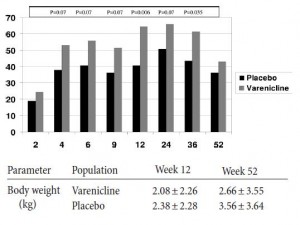 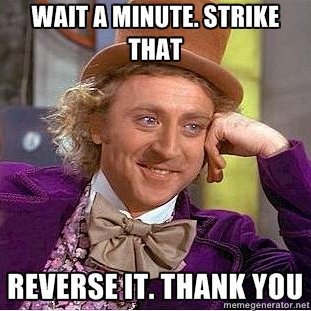 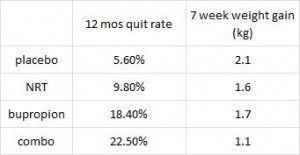 Whatever this link is, we’re talking gravitas; life and death: 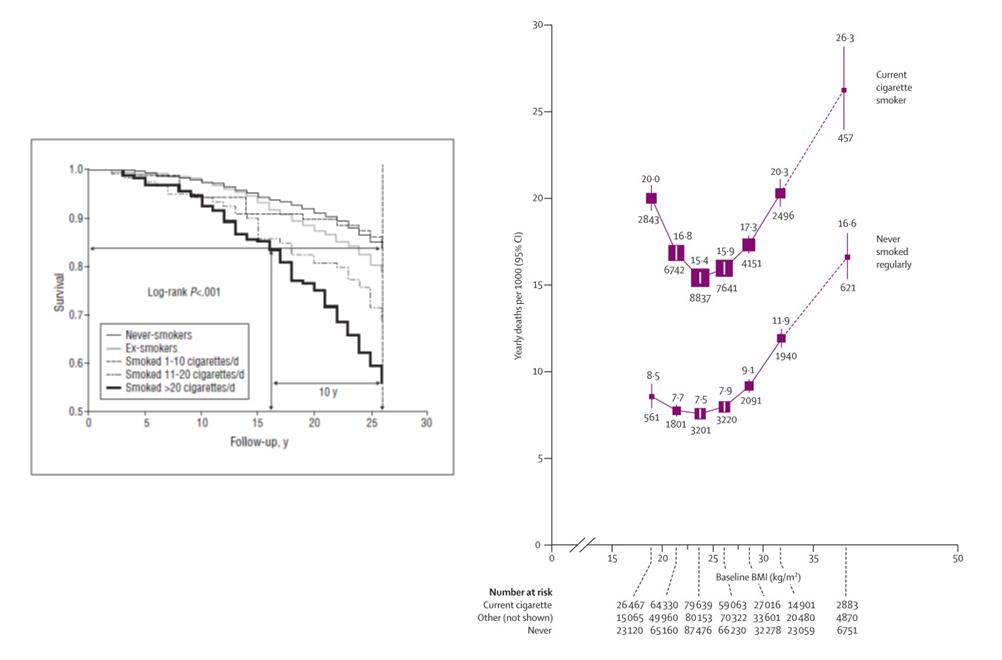