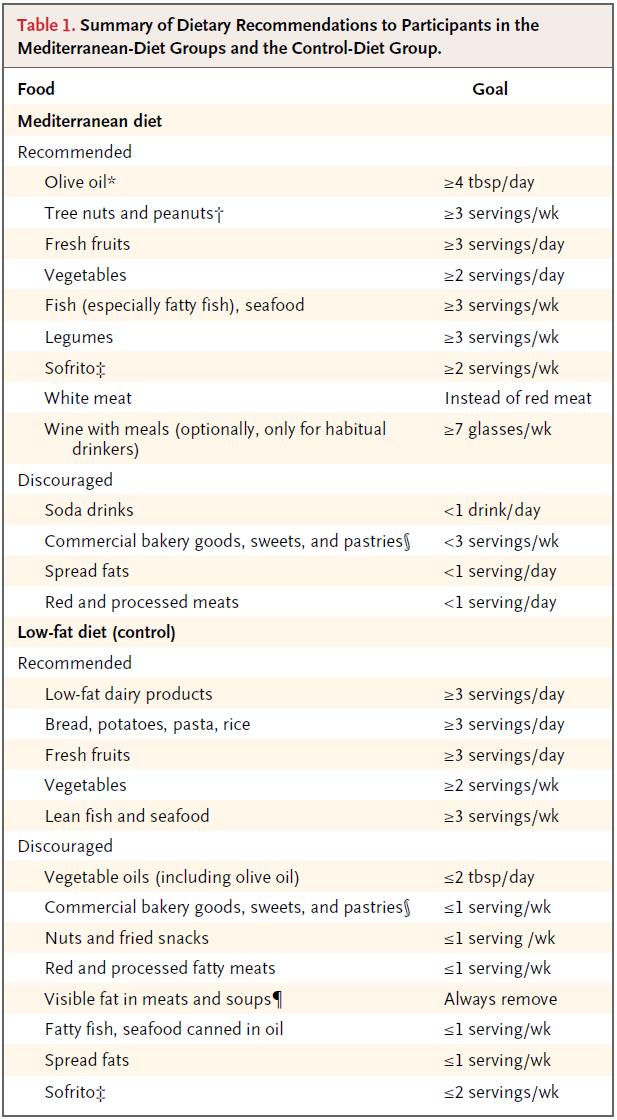 Don’t get me wrong, the Mediterranean diet, as well as any other diet that excludes processed junk food is healthier than SAD…

So? – What could be more zen than empty calories?

But even in this ultra-high risk population, there was no statistically significant effect on mortality. 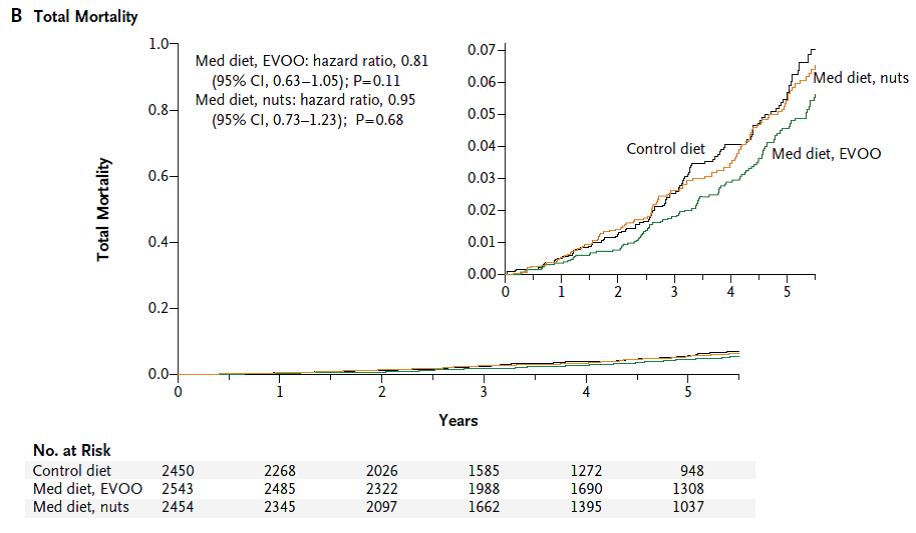 Mediterranean diet plus EVOO came close, but this is neither horseshoes nor hand grenades.

Who, in this study, fared the best?  Obese, dyslipidemic, hypertensive patients with excess visceral fat, who never smoked, did not have a family history of premature CHD, and already ate a Mediterranean diet at baseline*.  Is this you?  If so, then keep doing what you’re doing and you might not stroke out so soon.  (I got all this from the subgroup analysis, in case you were wondering.)

This is eerily reminiscent of the WHI.

In 2006, the WHI showed us that switching to a low fat diet for 8 years had no effect on heart health and was even detrimental for people with CVD at baseline.  I repeat, CVD patients assigned to the low fat dietary intervention experienced more cardiovascular events than those in the control group; in fact, this was the only statistically significant finding.

For further reading, see: “An adult conversation” about the Look AHEAD study

Overall nutrient intake wasn’t markedly different between the groups.  Mediterranean dieters ate slightly more fat and fewer carbs, whereas low fat dieters ate a little bit less fat and more carbs.  Since the study was so big, many of these between group differences reached statistical significance.

Fail #1: no effect on all-cause mortality.  Conclusion #1: switching from a modestly healthy Mediterranean diet to a low fat diet could increase stroke risk.

Fail #2: none of the diets actually made these people healthier.  Prescription medications at baseline: 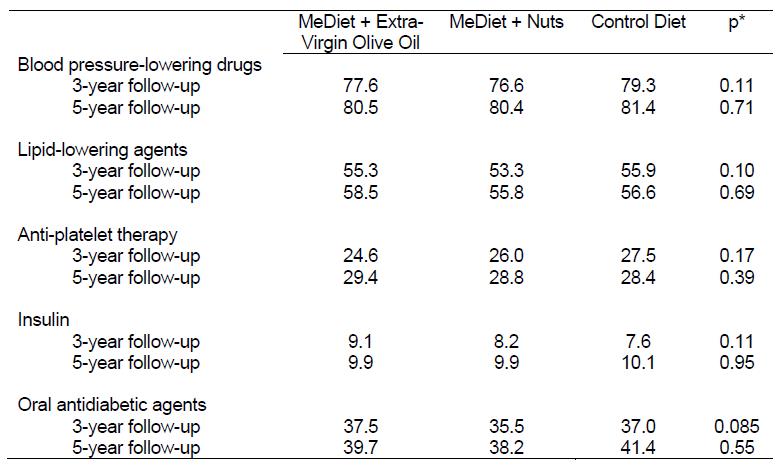 Data presentation on the part of the authors is horrendous – they grouped the classes of drugs differently at baseline and follow-up, and since any given patient could be taking more than one drug in a category, it is impossible to make a direct comparison for most categories.

Anti-platelet therapy, insulin, and antidiabetic drugs got lucky.  Not so much for the people taking them:

With prescription drugs consistently increasing across the board, would YOU call any of these diets “healthy?”     If so, perhaps we should work on your definition of “healthy.”