If intermittent fasting (IF) works for you, awesome. If not, don’t worry, you’re not missing out on much. The above study was a year long and showed no difference between IF and plain old just cutting out some junk food. IF group lost 8 kg, regular dieters lost 9 kg.

“Intermittent and continuous energy restriction resulted in similar weight loss after one year in men and women with obesity.”

In this study, the IF protocol they employed was most similar to 5:2 wherein you eat normally for five days a week and consume minimal food on two non-consecutive days.

“Feeling of hunger may limit long-term adherence to intermittent energy restriction.” [this seems somewhat unwarranted because, well, they made it a whole year which is pretty “long-term,” imo] [although they consistently reported higher feelings of hunger which may be unpleasant]

disclaimer: if you’re hell bent on IF, I’m still a little biased toward #eTRF 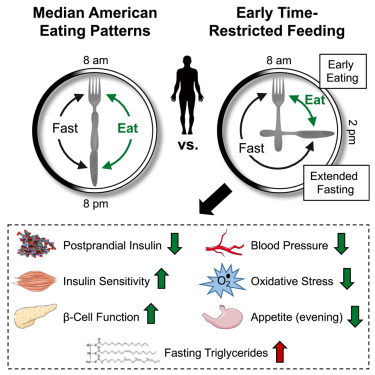 For the rest of this article, head over to Patreon! Five bucks a month for full access and there are many other options. It’s ad-free and you can cancel if it sucks 🙂

LOOK AT THE DATA, PEOPLE.