Impact of a low-carbohydrate, high-fat diet on gut microbiota.

NPR recently reported on a study where the participants ate either a meat-based, fiber-free ketogenic diet

or a vegetarian diet and had their gut microflora analyzed.  The low carb diet

was much higher in fat, and as such, increased the prevalence of a microbe involved in fat digestion.  “Bilophila.”  The article focused on this one and cited a 2012 study where Bilophila was associated with intestinal inflammation… however, the ketogenic diet

increased the levels of Bacteroides and decreased Firmicutes.  These are the two that brought the whole gut microbe-obesity connection into the spotlight.  The microbiome in obese mice is characterized by low Bacteriodetes and high Firmicutes. Fecal transplants from obese mice to lean mice causes them to gain weight.  Little is known about Bilophila relative to Bacteriodetes & Firmicutes, and I suspect the focus was on Bilophila because the authors wanted something negative to say about a meat-based, fiber-free ketogenic diet, and that 2012 mouse study suggested Bilophila could be their answer.

Obesity alters gut microbial ecology (Ley et al., 2005)
This study shows increased Firmicutes & decreased Bacteriodetes in genetically obese mice but not their lean siblings.  This is important because microbes are usually inherited from Mom and are common among littermates.  Apparently, genetic obesity overrides both.

An obesity-associated gut microbiome with increased capacity for energy harvest (Turnbaugh et al., 2006)
This one shows decreased Bacteriodetes & increased Firmicutes in obesity.  This is also the study that shows microbial transplantation from obese to lean mice causes weight gain (with no change in food intake).  Oh yeah, and by “microbial transplantation,” they mean wiping the poop of a fat mouse all over a skinny one.  Yes, that’s how they do it.

Diet rapidly and reproducibly alters the human gut microbiome (David et al., 2013)
The current study.  The animal-based, high fat, very low carb, fiber-free ketogenic diet induced a microbial shift that correlates with leanness in humans, and causes leanness in mice.  This is what should’ve made headlines, not Bilophilia.

Dietary information was buried in the supplemental files, but great data presentation: 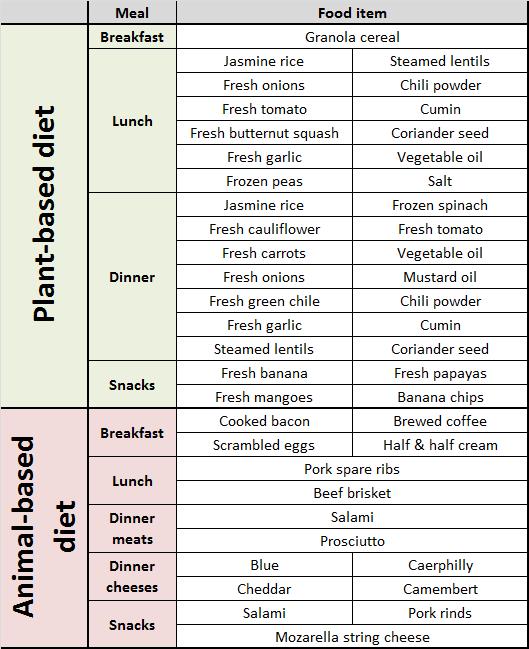 Calories and macro’s show that the animal-based diet was indeed, ketogenic: 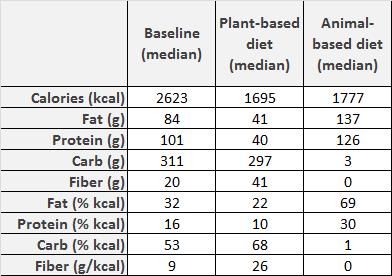 And if you still think 126 grams of protein

is too many for ketosis, ffs: 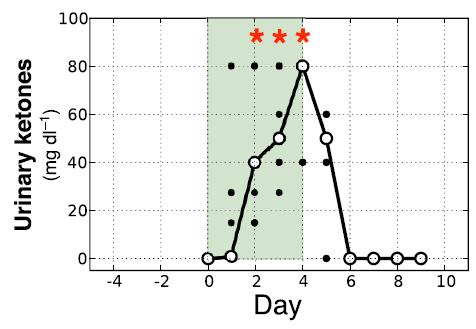 The diet only lasted 4 days; that’s not a disadvantage because diet-induced microbial changes occur within 1-2 days and remain stable.

This study is interesting because it tested two widely differing diets.  Critics will say we can’t know what caused the changes because there were too many variables.  To them, I say this: those studies will come; that doesn’t make this one useless or uninteresting.  Also, I don’t care much for Firmicutes or Bacteriodetes; they’re obviously not the answer to obesity… the tone of the news reports and article itself just didn’t sit well with me.

Join the community of over 300 members for up-to-date information about a variety of topics in the health & optimizing wellness space. At 5 bucks a month, can’t beat it!