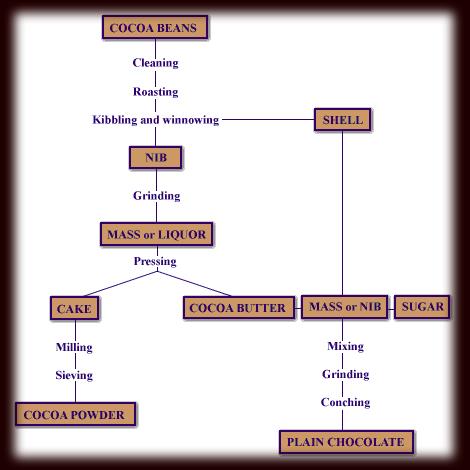 Cocoa powder is slightly acidic, and sometimes this is neutralized via the Dutch process.  You may notice recipes with natural cocoa powder have baking soda as the leavening agent, whereas those with Dutch process cocoa need baking powder which is mildly acidic.  Besides reducing acidity, the Dutch process also increases cocoa solubility and improves some flavor aspects. 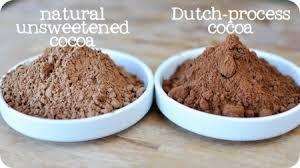 Some argue this is a bad thing, as these might be responsible for the cardiovascular benefits of dark chocolate, but Peter (Hyperlipid) HATES flavanols because as Purp pointed out, they inhibit superoxide generation.

However, this could theoretically be counteracted by the phenylethylamine in chocolate (Sengupta and Mohanakumar, 2010).  There’s a dark side to phenylethylamine (Borah et al., 2013), but this is all likely irrelevant because orally administered phenylethylamine should undergo significant first-pass metabolism.   For what it’s worth, chocolate has about 0.5 mg phenylethylamine per 100 grams and is recommended for P.O. administration.

all use the Dutched stuff.

You could get around all this and go for cocoa butter

, but where’s the fun in that?

Cocoa butter is very rich in saturated fatty acids which are remarkably hepatoprotective against alcohol-induced liver injury.  And I suspect the protection goes far beyond that of alcohol…

There are probably multiple mechanisms at play here, one of which being resistance to oxidative stress.  You and colleagues showed cocoa butter (HSF) completely blunted the alcohol-induced increase in liver enzymes in a rodent model: 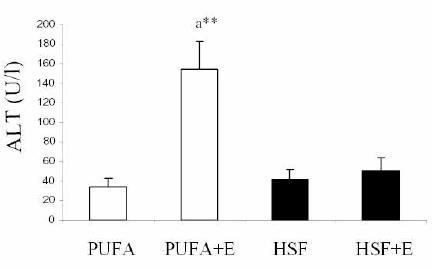 It works with MCTs too (Kirpich et al., 2012), further suggesting alternate mechanisms as MCTs are saturated fats, but aren’t readily incorporated into membranes or lipid droplets.

In one rodent study, cocoa polyphenols (which includes flavanols) weren’t able to prevent alcohol-induced retinol-wasting*, but completely prevented the steatosis and oxidative damage to the livers of alcohol-fed rats (Suzuki et al., 2013): 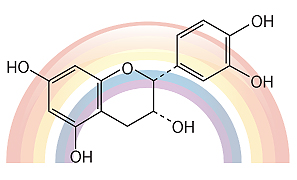 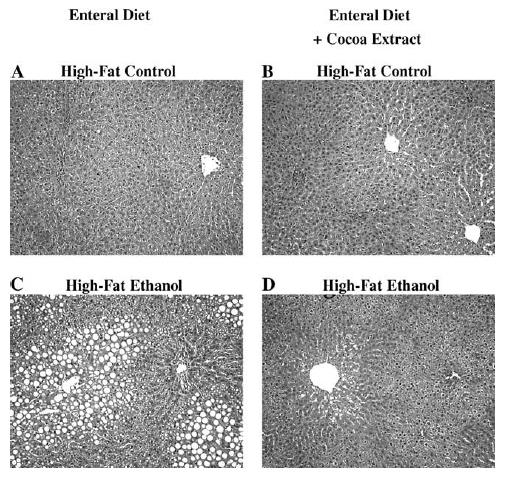 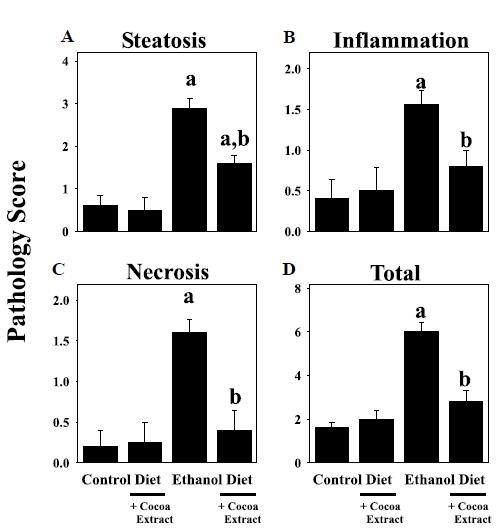 Collectively, these results suggest: intact dark chocolate FTW.  Regarding the Dutch process, there are still a lot of flavanols remaining after cocoa has been Dutched, so this is not likely going to have a major impact on dark chocolate’s hepatoprotection.  It’s possible that the reduced superoxide generation is part of the protective effect of dark chocolate, although clearly not essential as a similar degree of protection is conferred by cocoa butter (which lacks cocoa polyphenols/flavanols/epicatechins).

Further reading:
Liver is evil but need not be punished.  SFAs.
Alcohol-proof your liver.  SFAs.