and what we can’t learn from rodent studies. 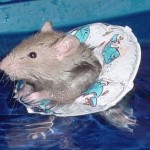 It’s difficult to conduct experiments on energy balance in humans because they’re we’re all so diverse.  This is one reason why researchers use animal models; diet, exercise, and even genetic background can be rigorously controlled to a degree unimaginable in humans.  Despite all of this, however, exercise studies involving rodents are consistently inconsistent and inherently flawed.  They are not applicable to weight loss or energy balance in humans.  “Attention nutrition researchers, stop doing them.”

Exhibit A.  Cafeteria diet-induced insulin resistance is not associated with decreased insulin signaling or AMPK activity and is alleviated by physical training in rats (Brandt et al., 2010)

In these lucky rats, exercise completely blunted weight gain, but did so, at least in part, via reduced food intake.  Exercise-induced anorexia might reflect the unnatural-ness of a rat subjected to a rigorous exercise protocol; it’s stressful for them.  Exercising rats are not happy thinking they’re doing something good for themselves; they’re trying to not drown.  And while exercise corrected their body weight, it failed to normalize fasting insulin (above) and glucose tolerance (which may also confirm they are stressed out): 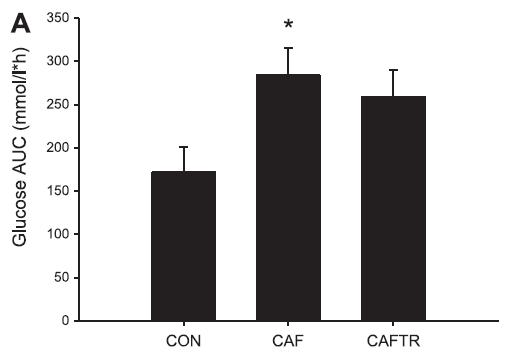 Needless to say, in humans, it’s the exact opposite.  With exercise, food intake increases, body weight stays the same (usually), and insulin sensitivity is superbly enhanced.  But to further drive home the point that these studies should not be conducted with rodents, it’s not even consistently “the exact opposite.”

In this somewhat more complicated study, cafeteria diet-fed rats: 1) went on a diet; 2) started an exercise regimen; or 3)  both.

In contrast to Brandt’s findings, exercise increased food intake and failed to reduce body weight (similar to unlucky subject number 9).  However, in agreement with Brandt, exercise failed to normalize insulin (above) and glucose tolerance: 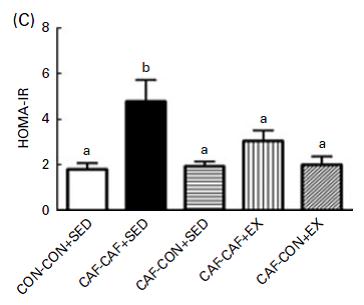 One of the greatest metabolic benefits of exercise in humans, i.e., restoration of insulin sensitivity, is not reproduced in 2 rodent studies.

Unfortunately, the hypothesis that exercising rats is just like torturing rats was actually tested.

Exhibit C.  Effects of epinephrine, stress, and exercise on insulin secretion by the rat (Wright and Malaisse, 1968)

Swimming had an effect on glucose and insulin that was strikingly similar to receiving foot shocks (i.e., electrocution).

And last but not least, to bring it around full circle, here’s how it is supposed to look:

Above: body weight didn’t change, confirming this was “exercise alone.”
Below: insulin sensitivity improved in both exercise groups. 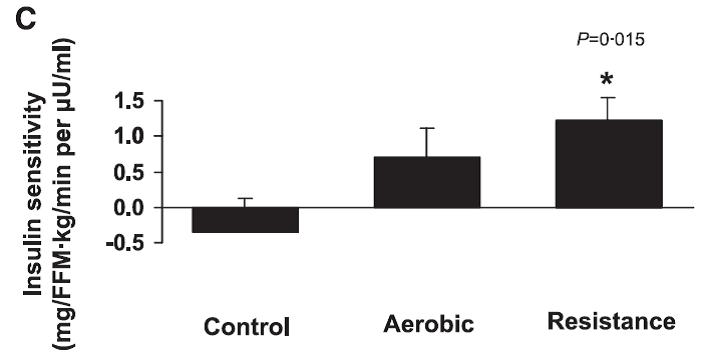 It’s been almost 100 years, why can’t the rats get it right? (by “rats,” I mean scientists who tie weights to rats tails, throw them into a tub of water, and call it “exercise”).