Eating in the absence of hunger

Some gurus swear by the “only eat when hungry” mantra.  I’m neutral on the issue.  In my opinion, it can work for people who are good planners because if you wait until you’re hungry and haven’t planned or prepared a meal yet, then it might be a while until you finally get to eat.  Maybe you’re an hour from home: unlucky => by the time you start cooking, you’re famished and end up overeating.  So you try to repent by skipping breakfast the following morning but fall into the same trap.  Of course, however, it’s not gonna be like this for everyone.

On the other hand, I used to advocate a small meal before you go to a buffet or food party so you’re not famished and thus are less likely to overeat.  This also applies to the 3-square-meals-a-day people: sometimes they’re hungry when they eat; other times they’re not but eat anyway.  I don’t think it’s a big deal either way.  Ymmv.

Not to make this all about calories, but it relates to IF/CICO: intermittent fasting has an automatic built-in refeed.

Theoretical scenario: if maintenance calories are 2k and you don’t eat for 2 days, best case scenario, the next four days are going to be 3k cals.  Worst case scenario, the next day is a six thousand calorie day.  Or maybe it’s the other way around; in either case, it’s a lot of food and calories.  Fasting 2 days is stressful, and now you’re gonna top it off with metabolic mayhem? = more stress.  If you believe intermittent fasting is healthy, does the binge refeed cancel out the benefits?  Or make it worse because it’s a stressor followed by another stressor.

I have a lot of problems with the breakfast skipping dinner only meal pattern, but besides the intrinsic circadian arrhythmia, this is the IF/refeed on a smaller scale.  2000 kcals in one sitting is a lot of food and calories.  This can’t be good for your organs.  Nutrient overload.  ER stress.  I’m not pro-grazing either.  “Give your organs a break” which is part of why I tend to think the ‘3-squares-a-day’ paradigm is a good one.  Also, because it’s good for protein frequency — the more frequently you eat protein, the lower your protein requirements — easier to maintain lean mass.

Some [moderately eating disordered] people say breakfast in the morning sets them on a feeding frenzy all day.  How do you have access to so much food all day?  What is your profession?  Do you have any hobbies?  Or do you just carry a large container of nuts (or something) around with you everywhere?  I don’t mean to be condescending, honestly curious about this.  Also, basically think skipping breakfast is strictly a CICO thing, not a “biohack.”

In a recent twitter discussion, someone made a comment about physical performance in starved vs. fed state and someone else came back with “NO, you don’t need carbs to perform!” and cited FASTER and the [ketogenic] elite artistic gymnasts.  This is goalpost shifting: 1) neither of these studies refute the original statement; 2) the control groups were fed in both studies; 3) gymnasts were LCHP not LCHF; and 4) LC is not the same as fasting! 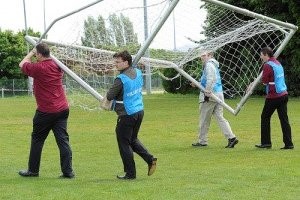 We didn’t evolve to intermittently fast; we evolved to not die during brief periods of famine.  “Not dying” is far from optimal!

If you like what I do and want to support it, become a Patron! Five bucks a month gets you full access and there are many other options. It’s ad-free and you can quit if it sucks 🙂