We evolved on Earth, with regular 24-hour “circadian” cycles; abandoning them is incompatible with survival.  Natural Selection does not look upon this favorably.

The first time this was discussed, HERE, they ablated the master circadian clock, the SCN, which made the animals arrhythmic with a bollixed circadian period: 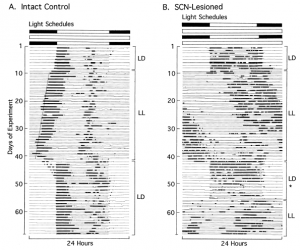 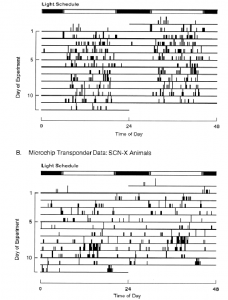 resulting in significantly increased predation in the wild: 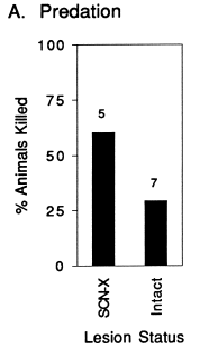 In the current study, there was a somewhat “weaker” circadian disruption: the mice expressed a mutant casein kinase 1 resulting in a shorter circadian period. 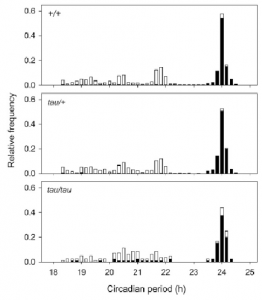 In contrast to complete SCN ablation, where the mice were  predated more, this study followed more aspects like lifespan, suvivorship, births, etc., (ie, more holistic “natural selection,” I think) in cool outdoor enclosures that looked like this: 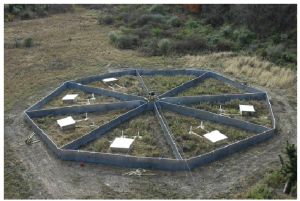 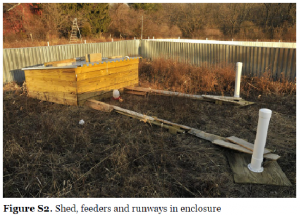 All animals had little implants which monitored activity and the amount of times they entered the feeder, and were pronounced deceased if they stopped entering the feeder. 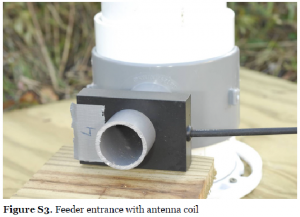 We evolved on Earth, with constant 24 hour LIGHT/DARK cycles; abandoning them is incompatible with survival.  Natural Selection does not look upon this favorably.