Can MCTs skirt the need for strict keto?

Part I.  Ketones are made from fat in the liver.  But dietary fat has a lot of places to go and people to see, so it rarely gets to the liver en masse to a degree great enough to stimulate ketosis.  Not so much for medium chain triglycerides

(MCTs).  Upon entry (ingestion), MCTs go to the liver and are metabolized to ketones without passing GO or collecting $200… but is this sufficient to reap the benefits of a ketogenic diet?

intake is low – ~2% of total fat intake [because we eat a lot of vegetable oil and not a lot of coconuts].

Exhibit A.  Weight-loss diet that includes consumption of medium-chain triacylglycerol oil leads to a greater rate of weight and fat mass loss than does olive oil (St-Onge and Bosarge, 2008)

Healthy people assigned to either ~21grams of either MCTs or olive oil (~12% of total calories on a hypocaloric 1650 kcal/d weight loss diet) for 16 weeks: 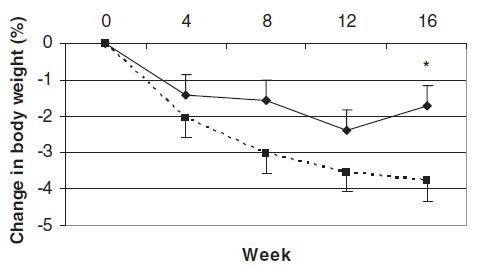 and this was accompanied by a healthy reduction in body fat:

Since ketones weren’t reported in this study, we have no way of knowing if they were even involved, but these data look very similar to those found in Partsalaki’s obese children put on a low calorie vs. ketogenic diet (Partsalaki et al., 2012): 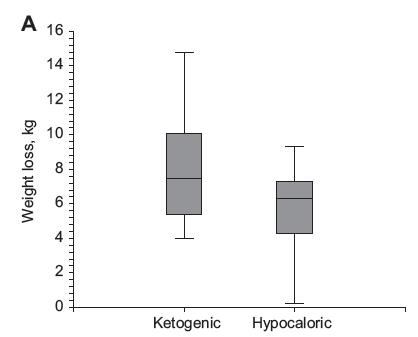 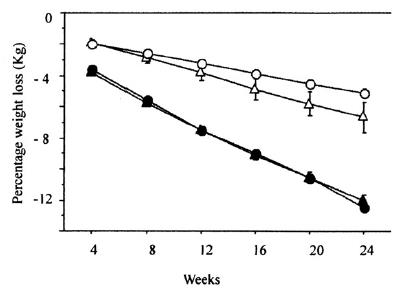 Thus far, data from the St-Onge’s MCT study look similar to two ketogenic diet studies (Partsalaki & Hussain).  But ketones weren’t reported in any of these studies, so it’s hard to know if they were involved.

Healthy young adults given ~30 grams MCTs (C8-12) for 4 weeks.  Plasma ketones tripled.  3X.  This isn’t a ketogenic diet or starvation, where ketones increase 5-10 fold, but a normal diet with added MCTs… a major difference between the two is insulin levels: they didn’t budge in this study because carb consumption remained intact.  We’re trying to “cheat” the ketogenic diet, remember? 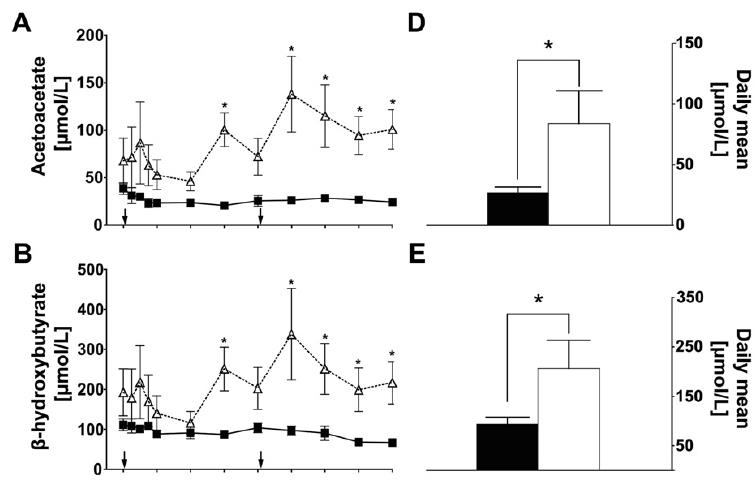 St-Onge’s MCT oil study used 21 grams of MCTs which was accompanied by profound weight loss.  Courchesne-Loyer showed that 30 grams can induce a pretty healthy state of ketosis.  Do you think St-Onge’s subjects were ketotic?  I do, especially because they were losing weight.

From our furry little friends,

will not be superior to bona fide keto, but could be a very effective adjunct to enhance traditional low carb.

Why not?            MCTs lack that certain umph, or chutzpah, associated with ketogenic dieting 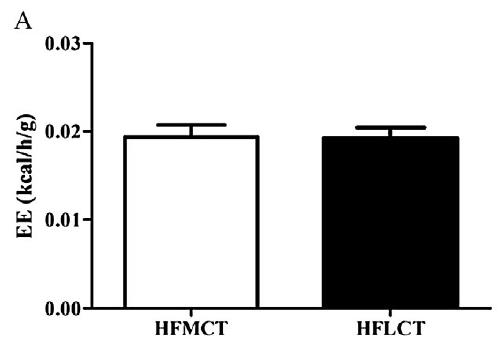 Yes, these MCT-fed mice were eating less despite burning just as much, so they gained less body fat, but it was nothing like Garbow’s ketogenic mice who were eating way more yet still weighed less (Garbow et al., 2011):

20 responses to “Can MCTs skirt the need for strict keto?”