When describing the length of one of his students’ fingers, the great classical guitarist Andres Segovia said “she has more long fingers than anyone else” — he meant longer fingers… English wasn’t his strong suit haha

Maximize sunlight exposure, minimize artificial light (or at least get some hot blue blockers). Get at least some physical activity. Those are the basics. Moving on…

Coenzyme Q10 isn’t approved for the treatment of anything, but hear me out.

To be honest, I’m not a fan beef liver. OK it’s gross. Calf liver is a little better & chicken liver just tastes like chicken. Beef heart is nothing like that. It’s [not surprisingly*] actually kinda similar to regular steak (slight differences in texture and flavor, but not in a bad way). *Not surprisingly – because just like steak, it’s a muscle (albeit cardiac muscle, not skeletal).

Here’s my pitch: there’s a turnover rate for everything in our bodies. Things are degraded and replaced via endogenous synthesis and/or diet. CoQ10 declines as we age. Supps contain 30 – >200 mg daily, which I think is way too high considering there’s only about 1000 mg, total, in our body. A couple grams of beef heart would provide less than half a milligram and it’s really not as bad as beef liver! I propose doing this occasionally, with increased frequency as we age.

There aren’t any homerun CoQ10 supp studies, but many decent epi studies on functional healthspan, aging, and CoQ10 levels (which is another reason why I don’t think hyperdosing CoQ10 supps is necessary and even am pushing for much lower levels of intake via beef heart.) That said, Labdoor ranked Bulk Supps CoQ10 highest in quality, and at the level of intake we’re talking about, it’s very inexpensive.

For the rest of this article (it’s good, I promise!) (or if you just like what I do and want to support it), head over to Patreon! Five bucks a month for full access and there are many other options. It’s ad-free and you can cancel if it sucks 🙂

If you want the benefits of ‘shrooms but don’t like eating them, Real Mushrooms makes great extracts. 10% off with coupon code LAGAKOS. (I recommend Lion’s Mane for the brain andReishi for everything else). 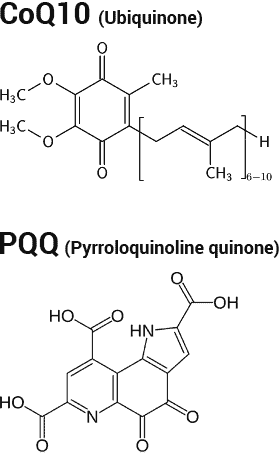