“An adult conversation” about the Look AHEAD study

Extra! Extra!    Read all about it!  (after you sign up for the new EMAIL NOTIFICATIONS on the right)

Notice none of the headlines read “Low fat diet is not heart-healthy for diabetics,” but that’s exactly what the latest epic fail demonstrated.  Reminiscent of the Women’s Health Initiative (circa 2006), the Look Ahead study tested a long-term low fat diet in diabetics.  If a protective effect had been shown, this study would’ve gone done in the history books as definitive proof that a low fat diet is superior.  But it wasn’t, and unfortunately that probably won’t count as anything for the opposition.  In brief, the planned 14 year study was stopped after 11.5 years because cardiovascular events weren’t lowered by the low fat diet (and might even have been increased; the manuscript hasn’t been published [yet?]).

The Women’s Health Initiative, which cost taxpayers something in the ballpark of $625,000,000 (six hundred twenty five million dollars > a half billion), showed that reducing dietary fat by 8 percentage points (from 37.8% to 28.8%; a 23.8% reduction) for 8 years had no effect on heart health and was even detrimental for people with CVD at baseline.  I repeat: CVD patients assigned to the low fat dietary intervention experienced more cardiovascular events than those in the control group (you heard it here first).  But for some reason, the Look AHEAD researchers thought they might get a different result if they tried this in diabetics?  A low fat high carb diet in patients with bona fide carbohydrate intolerance?  really?

According to the principle investigator, Dr. David Nathan, “We have to have an adult conversation about this.  This was a negative result.”

As usual, the news media missed the point entirely:

Gina Kolata of the New York Times: “diabetes study ends early with a surprising result.” -1.  It was unequivocally.  categorically.  not.  surprising.

Larry Huston of Forbes should’ve specified that the futile “lifestyle intervention” in question was a low fat diet. -0.5.  The intervention also included exercise, and exercise is good for everyone, especially diabetics; but perhaps not good enough to cancel out the detrimental effects of a low fat high carb diet. 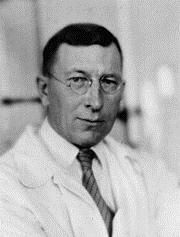 One response to ““An adult conversation” about the Look AHEAD study”