Part 1.  The importance of the ability to un-store fat: appetite, body composition, and insulin. 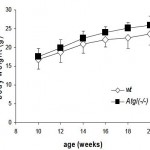 ATGL breaks down triacylglycerols in adipose tissue (i.e., stored fat), which releases fatty acids into the blood; these fatty acids are burned by a variety of tissues, but mainly in muscle.  ATGLko mice have lower plasma free fatty acids because they can’t break down stored triacylglycerols (fat).  Reduced fatty acids in the blood means less fuel to burn, which is why these little guys need to eat more; stored fat is useless unless if it’s inaccessible.  In humans, this is accomplished by insulin:  insulin keeps fat locked up in adipose tissue, inaccessible, which makes you hungrier

.  The brilliant figure below was adapted from Hyperlipid. 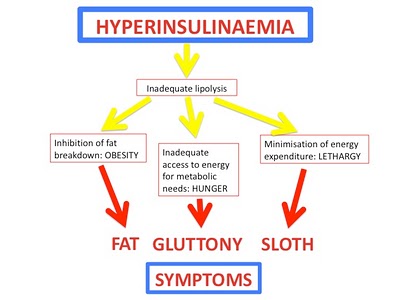 In contrast to humans with high insulin levels, ATGLko mice have improved glucose tolerance because their tissues are genetically dependent on carbs.  Hyperinsulinemic humans, on the other hand, are glucose intolerant and insulin resistant.

But with hearts like these (see below), it’s no surprise that improved insulin sensitivity does nothing for the lifespan of ATGLko mice:

Impaired cold tolerance and reduced oxygen consumption bode poorly for metabolic rate, the latter of which is eerily similar to what is seen in humans on a high carb diet (e.g., the notorious Ebbeling study).  Impaired access to stored fat reduces metabolic rate regardless of whether it is caused by ATGL deficiency or high insulin levels.

Much of this is recapitulated when the mice are fed a high sugar high fat diet: Adipose triglyceride lipase-null mice are resistant to high-fat diet-induced insulin resistance despite reduced energy expenditure and ectopic lipid accumulation (Hoy et al., 2011)

Don’t be misled by the title, there’s nothing magical about the effect of ATGL deficiency on insulin resistance resistance.  These mice are immune to insulin resistance because they are genetically dependent on carbs (i.e., the antithesis of glucose intolerance).  Muscle has reduced access to fatty acids and must needs use more of it’s own glycogen.  Thus, muscle glycogen is reduced  which also contributes to the preservation of insulin sensitivity (there’s more room to store dietary glucose): 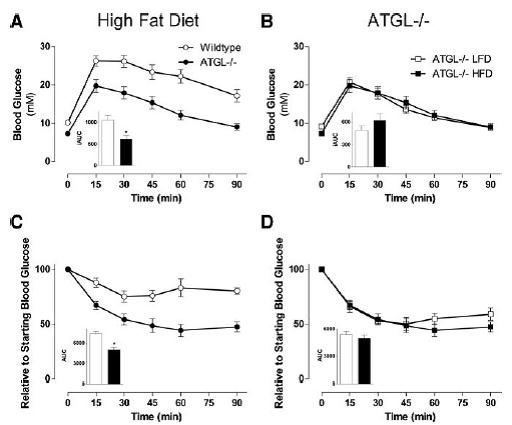 Again, muscle glycogen is low because it’s the only fuel available.  If these mice were deprived of food, liver glycogen would also decline rapidly to maintain adequate blood glucose levels.  I imagine these mice would die rather quickly in a famine.  No fat to burn during starvation = no ketosis = incompatible with survival

EDIT.  or NEWS FLASH (?) It’s just a few hours before prior to publication; guess what just arrived in my inbox?

“No fat to burn during starvation = no ketosis = incompatible with survival” (me, circa 8 hours ago)

Some keen researchers decided to put that little theory to the test.  In the figures below, from left to right: liver glycogen is quickly exhausted upon food deprivation because of reduced fatty acid availability; ketogenesis is running on nil because the fatty acids simply aren’t there; so what’s left to burn?  Muscle, which unlike the phenomenally calorically dense adipose tissue, doesn’t last very long.  Especially heart muscle.

where was I?  oh yeah

One response to “adipose, horcrux of metabolism”