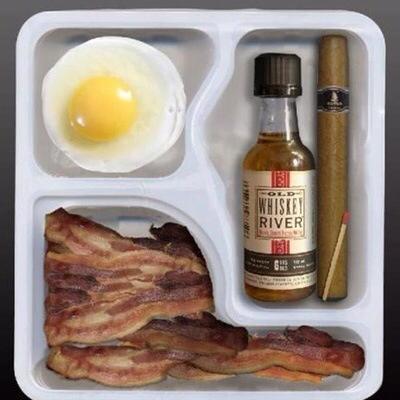 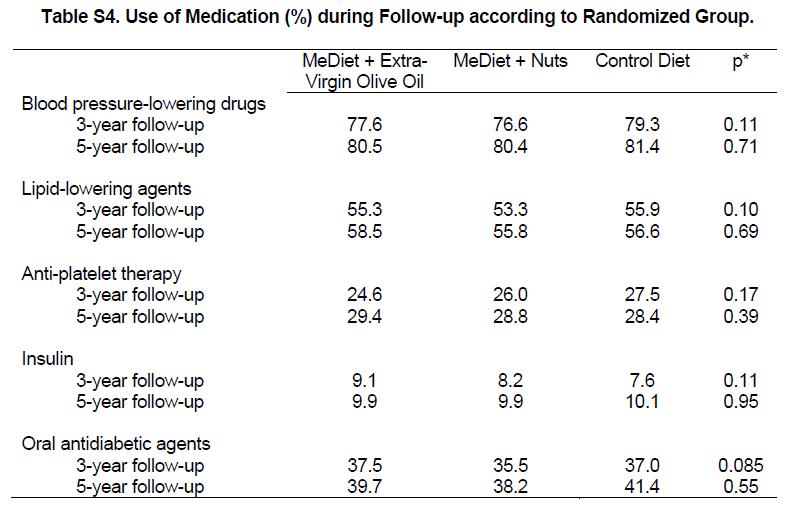 and a low fat control diet, none of which markedly differed from a normal diet in terms of macronutrient ratios –

So, changing foods while keeping macronutrients the same didn’t work.  This is like switching from white bread to whole wheat bread.  Or switching from pork to chicken.  It didn’t work, because medication use increased (that’s how I’m defining what “works”).

What else could Estruch and colleagues have tried?

With regard to the rise in insulin and antidiabetic drug use.

From the notorious Samaha study, which produced this stunning visual: 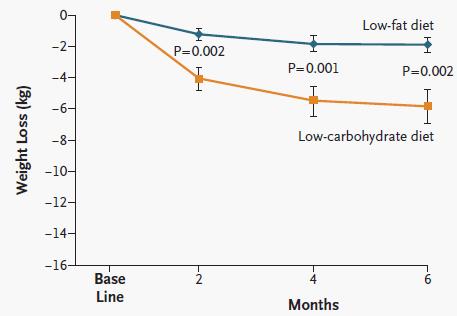 But that’s not the point of this post.  It’s This:

So the low carb

stopped taking their antidiabetic medication.  Their glucose metabolism must’ve down the toilet.  Or not:

did (for Samaha).  They went off glucose-lowering medications but blood glucose levels went down.  Go figure.

Is this an isolated finding?  Unfortunately [for some], not.  In the soon-to-be-notorious weight loss by Hussain, obese participants in the low carb group:

Yet their glucose levels still declined, while body weight plummeted: 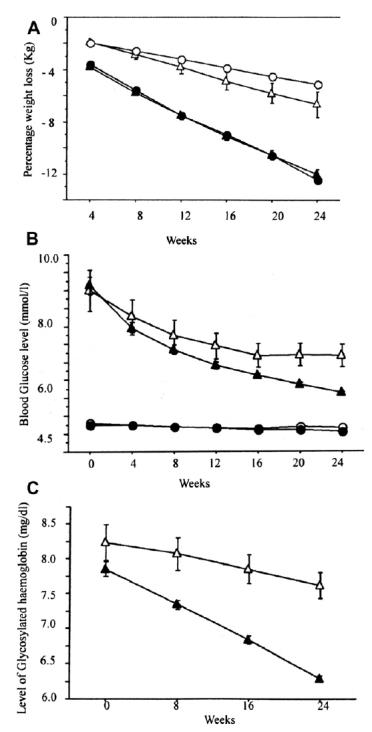 It’s difficult to find studies which assess medication usage patterns AND diet at both baseline and follow-up.  But given what we’ve got so far, switching from white bread to organic multi-grain bread doesn’t do a whole lot.  When it comes to the rise in use of insulin and antidiabetic medications in Estruch’s Mediterranean dieters, data from Samaha and Hussain suggest a lower carbohydrate higher fat diet would’ve prevented this.

With regard to antihypertensive medications.

Teunissen-Beekman compared the effects of dietary protein on blood pressure in moderately hypertensive subjects for 4 weeks and found the following (A, systolic; B, diastolic):

And from the very well-designed OmniHeart study, subjects assigned to either high protein or high fat both fared better than those assigned to a high carb diet.

With regard to anti-platelet therapy.

in other words: anything other than what Estruch did.

Is it possible that the generally poor overall health of the subjects in Estruch’s study led to their increased requirement for prescription medications – regardless of diet?  Of course [I say begrudgingly].  But the diets they were assigned to were very similar, in terms of macronutrients, to the diets that contributed to their generally poor overall health to begin with.  And the diets used by Samaha, Hussain, Teunissen-Beekman, Appel, etc., etc., were very, very different (in terms of macronutrient composition.)

A Mediterranean diet is probably “healthy” for healthy people.  The same can be said for a low fat diet – healthy women in the WHI didn’t fare any worse when they reduced their fat intake.  But those with pre-existing heart conditions at baseline went downhill when they actively tried to lower their consumption of dietary fat.  IOW the insult incurred by a low fat diet may be too small to affect healthy people; but it does no favors for and may actually harm susceptible people and those with pre-existing heart conditions.

IMHO, it just seems like tweaking the types of foods while keeping macronutrients the same is like whacking a big block of ice with a wiffle-ball bat, whereas drastically altering macro’s is like smashing it with a sledge hammer.

If you like what I do and want to support it, consider becoming a Patron! Five bucks a month for full access and there are many other options. It’s ad-free and you can cancel if it sucks ????