Circadian timing with REV-ERB and PERIOD

The circadian proteins Bmal and casein kinase (CK) enhance and degrade Period (PER), respectively, by completely different mechanisms.  Both are necessary, but at different times of day… #context

Gross oversimplification: the Bmal party is kicked off in the morning by LIGHT, and acts to increase PER by night (among many, many other things).  As the day progresses, REV-ERB the Repressor slowly shuts down Bmal, so that peak PER occurs in the evening and doesn’t carry over until the next morning.  GSK3b activates REV-ERB the Repressor.  Lithium puts the system in fast forward, leading to phase advance* and ZZZ’s when timed right, at night… I think 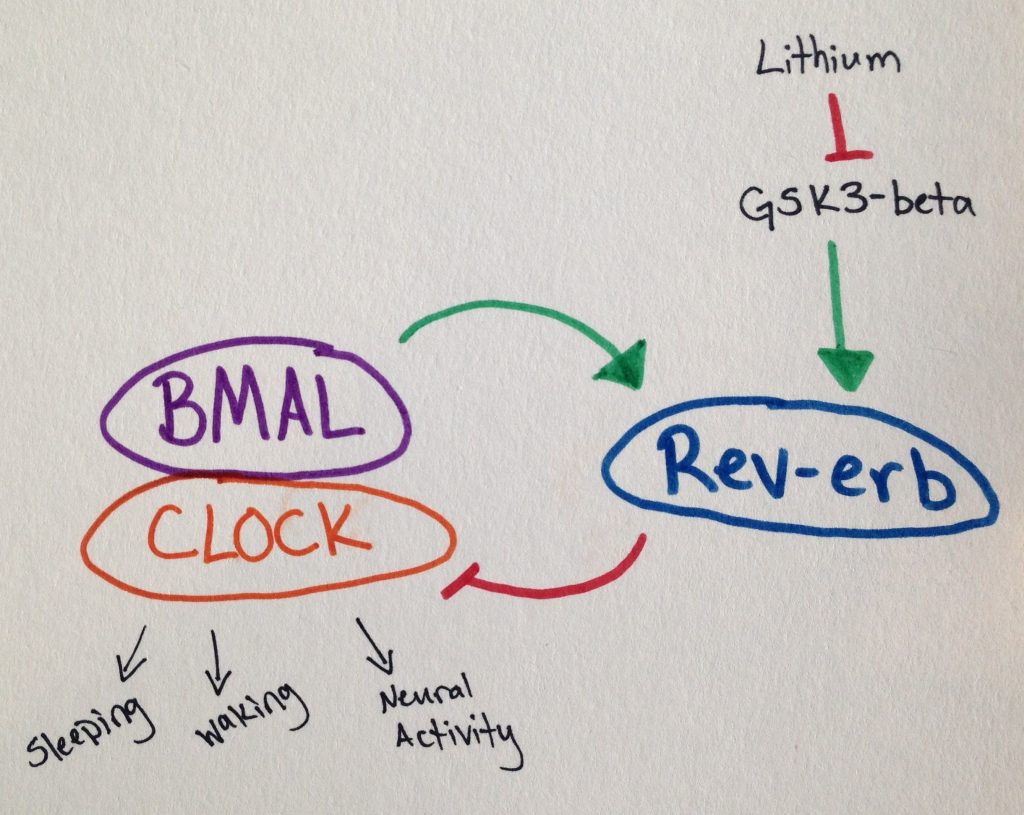 CK activation leads to PER degradation.  AMPk activates CK, and metformin activates AMPk.  Net effect of metformin is reduced PER. Phase advance when timed right, in the morning… I think 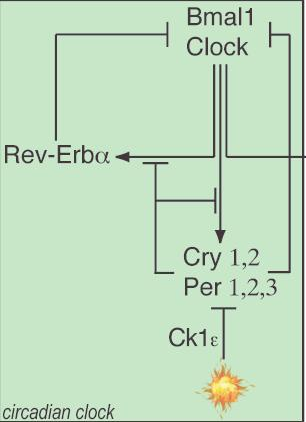 A long night of fasting and sleeping in the dark has a similar effect on CK in the morning.  Light exposure is optimal now, which signals via PAC1 receptors and cAMP to entrain the SCN.  Eating is also optimal now (in part because melatonin has “sensitized” the system), which co-entrains the SCN with the food-entrainable oscillators.  Lithium, fasting, and darkness in the morning has the opposite effect.

Further, “late chronotype” (aka night owl), artificial light at night, and skipping breakfast all have net effects on circadian biology which manifest as increased risk for mood disorders, poor cognitive performance, diabetes, and cancer.  These are the some of the reasons why nitric oxide activation of ryanodine receptors and subsequent ERK signaling in SCN at night = no bueno.

Timing is important.  “Phase delay” is much more nefarious than crappy sleep.

*correction: Jane Plain pointed out that lithium causes phase delay, not advance.  This is true: by lengthening the circadian period, lithium induces phase delay, but I think this may be influenced by dose-timing.  For example, lithium dosed in the morning has mixed effects on sleep, possibly because it’s targeting something other than GSK3 which isn’t expressed until the evening.  So if dosed in the evening, lithium might hit GSK3 and have an opposite effect, causing sleepiness and phase advance.  Maybe.